Coleg Morgannwg is set to become a ‘school of rock’ as pioneering students launch their very own charity music festival.

Music technology students at Coleg Morgannwg’s Rhondda Campus are planning to give the summer festivals a run for their money this year, as they make final preparations for their own music event called “Valley’s Sound Fest”, bringing some of Wales’ up-and-coming bands to the Valleys.

The music festival, which has been entirely organised by the student themselves, will be open to the general public between 2pm – 10pm on Friday 22 March at Coleg Morgannwg’s Rhondda campus.

Valleys Sound Fest is the creation of 2nd year extended diploma Music Technology students who have formed an events company “Over by There Events” as part of the event management unit on their course.

The day’s schedule will include some of the best and freshest bands to emerge from Wales at the moment. The full line-up features; Twice My Size, The Guns, RIS, Roosevelt, Kinky Wizzards, Chris Summerill, Massive Horse, Dan & Bonezy and In The Firing Line.

In addition to being officially recognised on the professional music scene, many of the bands on the bill have a direct link to the Coleg Morgannwg, as either ex-students or employees currently working at the college.

Coleg Morgannwg’s pioneering Boost programme will be providing transport for all students who wish to attend from its campuses in Nantgarw and Aberdare, all profits from the event will be donated to the Teenage Cancer Trust.

“Organising Valleys Sound Fest has been a major undertaking, but we have enjoyed every minute of it. Coleg Morgannwg has been incredibly supportive of our efforts and helped us put on what we hope will be a real show-stopper and an event that continues for years to come.

“Everyone involved in this event, student and lecturers alike, share a true passion for music. While creating our own events company and setting up Sound Fest will form part of our course, we all feel really privileged to be given this opportunity to host a real music event, which will also allow us to raise some money for a worthy cause.”

“It has been great to see our students demonstrate such initiative towards this module of their course. We first created this unit of the music technology diploma last year, but this is by far the largest event that our students have ever organised.

“This year’s group have embraced every aspect of organising the festival, from contacting the bands to working out the minor details that make up a great show. On the day itself, they will be the ones running everything from the lighting to event management.”

Coleg Morgannwg and The College Ystrad Mynach will merge to form Coleg Y Cymoedd, meaning College of the Valleys, by August 2013. Following the merging of the two institutions, Coleg Y Cymoedd will become one of the largest colleges in Wales, serving more than 25,000 further education learners. All educational provision across the new college’s five campuses will remain available from September 2013, providing one of the widest ranges of subject choices in Wales for learners.

The Valleys Sound Fest will be held at Coleg Morgannwg’s Rhondda campus, doors open at 2pm, tickets cost £5 and are available at all Coleg Morgannwg Campus receptions or, can be purchased online at www.wegottickets.com/events/213906 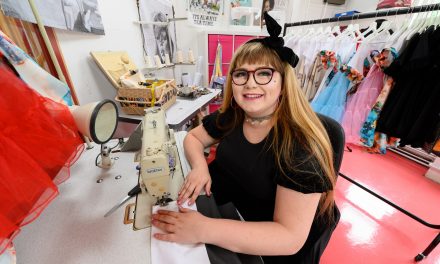