During its centenary year, the Park & Dare Theatre will play host to the first play from Dylan Thomas Prize-winning author Rachel Trezise – Tonypandemonium, a raucous, raunchy, hilarious, heartbreaking and autobiographical account of a daughter’s fraught, decade-spanning relationship with her beautiful, fun-loving and alcoholic mother.

Three young actresses from local comprehensive schools will perform the role of the daughter, Danielle – Tamarra Brabon, Molly Elson and Sarah Williams. The lines between stage and auditorium will be blurred as the Tonypandemonium spills into the stalls.

“You just know it’s going to be one of those nights. Hormonal teenager and neurotic mother under one terraced roof? My father’s got a word for it: Tonypandemonium.”

Rachel says: “The Park & Dare Theatre has always seemed like part of me, stood eminent on Station Square in Treorchy where I’ve lived most of my life. I had no idea when I started writing my first play that it would eventually be staged by National Theatre Wales in that very theatre as part of their residency to celebrate the building’s centenary. What a thrill for me to be able to premier my work in my hometown, a couple of miles from where the play is actually set!”

Alongside this new production, National Theatre Wales will host a month-long residency at the Park & Dare Theatre, throughout October 2013 (see separate press release), called Made in Treorchy.

Writer Rachel Trezise was born in the Rhondda valley in south Wales, where she still lives. She studied at Glamorgan and Limerick Universities. Her novel In and Out of the Goldfish Bowl won a place on the Orange Futures List in 2002. Harpers & Queen magazine voted her New Face of Literature, 2003. In 2006, her first short fiction collection Fresh Apples won the Dylan Thomas Prize. She was writer in residence at the University of Texas, Austin in 2007. Her most recent novel is Sixteen Shades of Crazy. Her second collection of stories, Cosmic Latte, was published in the Spring.

Director Mathilde López trained at Central Saint Martin’s in Performance Design, has a Masters in Theatre Directing from Birkbeck College and was a founding member of National Theatre Wales. Her company, August 012, focuses on bringing international contemporary plays to and staging others in Wales, and commits to developing ideas and innovative staging with actors, designers, musicians, creative technicians and the community. The company’s work is constantly shaped and questioned by the way we live here and now, and is therefore structurally relevant to the nation and the people living here today. Directing credits include: Cien Años (London/Prague), Yvonne, Princess Of Burgundy (Hoxton Hall), Hotel Europa, La Suspension du Plongeur and Prometheus Bound (Cochrane Theatre/Hoxton Hall), Crosswired (East London Dance/Barbican Centre), Serious Money (Waking Exploits/Chapter), De Gabay (development week I and II, National Theatre Wales), Man on the Moon (George Orange/Wales Millennium Centre), Pornography (Waking Exploits/Chapter and touring), Who Killed The Elephant? and Caligula (August 012/Chapter). She previously worked as an assistant director and literary manager for Theatre Royal Stratford East, free-lanced for ITV, BBC and BBC Wales as a production designer and with Carl Fillion on LA Celestina and 1984, both projects directed by Robert Lepage and produced by Ex Machina (Quebec).

Berwyn Pearce trained at The Central School of Speech and Drama.

Dean Rehman had his first professional engagement with Theatre Rhinoceros in San Francisco, in 1992. Over the next four years he worked extensively in California. In 1997, Dean moved to New York City to study acting at The Stella Adler Conservatory and worked in theatres in Manhattan for the next five years. In 2002, Dean spent a year in Dublin working with Red Rua Theatre before returning to his native Cardiff. Since then, he has worked with a number of companies including Wales Actor’s Company, Ruth is Stranger than Richard, Theatr Na Nog, Hijinx, Clwyd Theatr Cymru, Sgript Cymru, Sherman Cymru, Shock N Awe, Theatre West Bristol, Bristol Old Vic and National Theatre Wales. He is an associate actor with Give it A Name. Television credits include: Caerdydd, Pen Talar and Gwaith Cartref (S4C). Film credits include: Colonial Gods (Clwyd Theatr Cymru).

The Park & Dare Theatre dominates the skyline of Treorchy, in the Rhondda fawr valley. Its construction in 1913 was funded by the miners of the local Park & Dare Collieries. Owned and operated by Rhondda Cynon Taf CBC Cultural Services, together with the Coliseum Theatre, Aberdare and the Muni Arts Centre Pontypridd, it forms RCT Theatres – an ACW Revenue Funded organisation. Tonypandemonium and NTW’s residency at the theatre are two of the many events and productions planned to celebrate its centenary in 2013. Full details of all the celebrations can be found on the RCT Theatres website at www.rct-arts.co.uk. 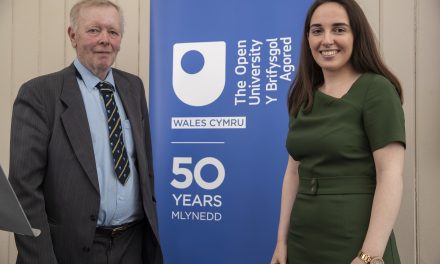