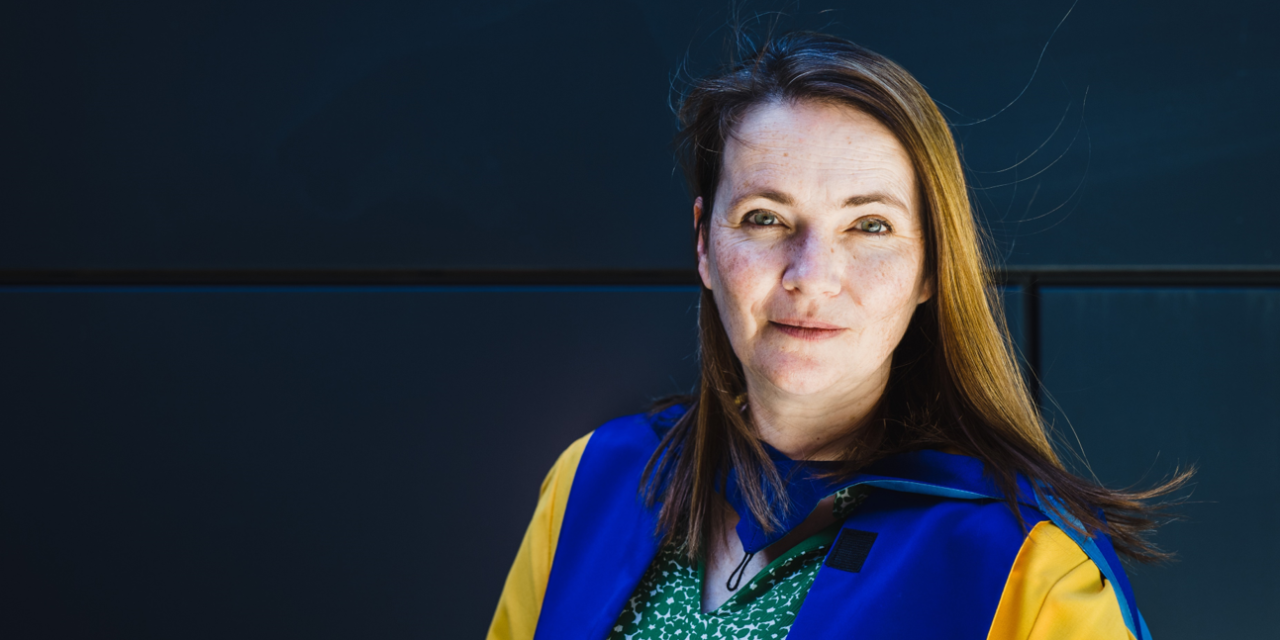 The former Education Minister Kirsty Williams was presented with an honorary degree from The Open University (OU) in Wales during a graduation ceremony at the International Convention Centre (ICC) Wales in Newport earlier today.

Kirsty Williams was the Member of the Senedd for Brecon and Radnorshire from 1999 to 2021 and served as Education Minister under both first ministers Carwyn Jones and Mark Drakeford. She was Leader of the Welsh Liberal Democrats from 2008 to 2016 – the first woman to lead a political party in Wales.

Though born in Somerset, Ms Williams was raised in Bynea, near Llanelli, in Carmarthenshire. She was educated at St Michael’s School, Llanelli, and the Victoria University of Manchester, where she took a degree in American studies, including a period at the University of Missouri.

During her time in government, Kirsty Williams introduced a new student finance system designed to give equitable support to part time students in Wales, leading to a growth in take-up of part-time degrees in Wales. She is now a member of the Independent Commission on the Constitutional Future of Wales and chair of the advisory board of Wales’ new international learning exchange programme, Taith.

“I am thoroughly honoured to receive this award from The Open University in Wales – an institution who has provided so many opportunities to so many people in our nation. Throughout my time in public service the OU in Wales has had a relentless focus on ensuring that lifelong learning was accessible to all and has supported students, many from our most deprived communities, to reach their full potential. They are a crucial part of the higher education landscape in Wales. To be able to share in celebrations of their latest graduates is very humbling.

Louise Casella, Director of The Open University in Wales added:

“During her time as Member of the Senedd for Brecon and Radnorshire, Kirsty Williams was a committed representative of the mid-Wales communities she loves so much. She has a been a passionate campaigner on issues ranging from nursing staff levels in the NHS, to the closure of high street banks and its impact on rural areas. As the first woman to lead a political party in Wales, she has been an inspiration to women in leadership, and helped change political culture for the better.

“As Education Minister, Kirsty demonstrated a sincere understanding of the value of lifelong learning, and through her reforms to student finance in Wales, opened the door to thousands of part-time learners who simply wouldn’t have been able to consider university otherwise. We know that many of these students are from some of Wales’ most disadvantaged areas, so her contribution literally has changed people’s lives.”

Over 400 students graduated from the OU in Wales. The morning and afternoon ceremonies were the first OU graduations held in Wales since 2019, after the 2020 and 2021 events were cancelled following the Coronavirus outbreak. Most of the graduates enrolled with the OU part-time, often balancing their studies with work, family life or caring for a relative.

The OU also presented an honorary degree to Gillian Clarke, the National Poet for Wales from 2008 to 2016.