Wales women get off to flying start.

Wales Women got their season off to a great start under new head coach Kathryn Wilkins, with victories over Durham and Worcestershire, before defeats by Ireland and Somerset.

Debuts were handed to Cerys Haf Thomas, the current Wales U17 vice-captain, and Sophie Tucker originally from Gloucestershire, for the opening ECB County Championship Division 2 match away to Durham.

Naomi Williams-Wadley (Gwent) struck twice early to get Wales off to a great start and put Durham on the back foot at 5 for 2. Durham regrouped to 59 for 4 before a collapse saw them bowled out for 79.

Excellent spells of slow bowling from the captain Claire Thomas (West Glamorgan) kept pressure on Durham, conceding just six runs off her eight overs, and allowing slow left-armer Lauren Parfitt (Gwent) to reap the rewards with figures of 3 for 18 off her 7.3 overs.

Wales were four wickets down when passing the total, with Gwenan Davies (West Glamorgan) scoring 21 and Claire Thomas 21not out.

Lauren Parfitt, who has been out of the game for nearly 11 months after shoulder surgery, took three wickets, three catches and a run-out, and scored 18 runs to mark an excellent return.

In the victory over Worcestershire, Ffion Cartwright (Cardiff and the Vale) and Rebecca Struthers (Mid Glamorgan) both struck early leaving Worcestershire 7 for 2.

Another excellent spell of tight bowling by Claire Thomas saw her concede just 15 runs off her 10 overs, while Marsha Davies (Gwent) picked up 2 wickets for 4 runs.

The highlight of the bowling attack was the five wicket hall by Lauren Parfitt who finished with figures of 5 for 20 – her first for Wales Women, as Worcestershire ended all-out for 78.

Openers Gwenan Davies (35 not out) and Lauren Parfitt (31 not out) saw Wales home to a nine-wicket victory.

However, Wales lost to Ireland by six wickets at Newport. Slumping to 37 for 7, the innings was revived by Marsha Davies, who batted for 37 overs and scored 34, to help Wales to a total of 114.

Ireland were four wickets down and passed the total in 36 overs. Cecelia Joyce, the sister of Ireland and England international Ed Joyce, was the mainstay of the Ireland innings with 53.

Wales then lost by five wickets against Somerset at Aberdare CC. Wales were bowled out for 122, Gwenan Davies top scoring with 29.

Somerset were 126 for 5 in reply, with Claire Thomas the pick of the Welsh bowlers, taking 1 for 15 in seven overs.

“We have certainly seen some ups and downs already,” said Wales team manager Aimee Rees. “Among the really positive outcomes so far has been seeing some talented young players making the senior team. For instance, 15-year-old Rose Evans made her senior debut against Somerset, and looked comfortable at that level.

“We are now looking to press on and recapture our early form as the season progresses.” 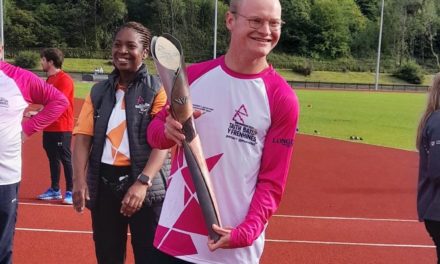