A 1,000-mile walk around the ‘Boundary of Wales’ reaches the finish-line this weekend, when Stephen Hedges arrives at Mumbles Cricket Club after an epic fund-raising trek.

Stephen has been walking the ‘Boundary of Wales’ in memory of his late father, former Glamorgan cricket star Bernard Hedges, who died earlier this year.

The walk will end at Mumbles CC on Sunday afternoon (August 24) – 50 days after it started, and will have raised thousands of pounds to give more children access to cricket in Wales.

By the time he sits down for afternoon tea at the annual club hog roast on Sunday, Stephen will have walked 1,050 miles and climbed a height equivalent to four Everests.

Among those expected to welcome him are family members, friends, and former Glamorgan players, as well as young players from Mumbles CC, who helped launch the walk in early July, and who will receive  free tickets to next week’s England vs India international in Cardiff, donated by Glamorgan County Cricket Club.

The walk is in aid of the Cricket Foundation’s Chance to Shine programme, which enables children in state schools in Wales to play cricket, through the work of Cricket Wales. It is still accepting donations.

“This has been an absolutely fantastic achievement,” said Peter Hybart, chief executive of Cricket Wales. “Stephen’s commitment has been incredible, and the money he has raised will make a real difference in providing opportunities for young people to take part in the game his father loved so much.

“The Chance to Shine programme is doing great work in giving more state pupils access to cricket, and further funds will enable us to involve even more children.”

Bernard Hedges was one of the great Glamorgan batsmen, with a dazzling career which stretched from 1950-68. He amassed nearly 18,000 runs in that time and remains seventh on the all-time run-scorers list for the county.

Born in Pontypridd in 1927, Bernard Hedges was an all-round sportsman, who also played rugby for Pontypridd and Swansea.  After his playing days, he retired to Mumbles, where his widow Jean still resides.

“’Whenever I was with Dad we seemed to bump into people who could remember his playing days,” said Stephen. “It reminded me how important sport is to us in Wales and what a great all round sportsman my Dad was.  The spirit in which he played was the way he lived his life; honestly, fairly and with humility.

“The way he met his death from bowel cancer was the way he lived his life. Quietly, with bravery and dignity,” he added.  “Such a life deserved to be remembered in some way.”

Donations to the Boundary of Wales walk can be made at www.justgiving.com/theboundaryofwales 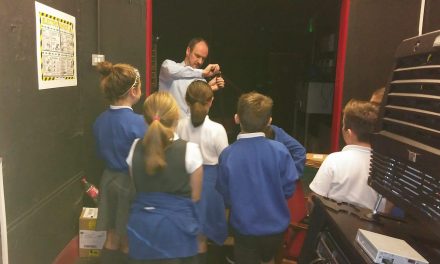 Be Co-operative and help World of Words