TennisMark + installs a framework for maintaining standards and practices for clubs across Britain. It replaces the ClubMark award, which Llantrisant gained in 2010.

Llantrisant Tennis Club, which is based in Southgate Park, Llantrisant, has an extensive coaching programme and classes across all age groups. The courts are owned by Rhondda Cynon Taf Council and the tennis club is currently working with a core group of volunteers to develop young talent. The club is making use of professional coaching and ongoing social events among other creative avenues to make an even greater impression on local society.

Committee member Peter Full credited the hard work of club members for winning the award, singling out the commitment of Peter Rees and head coach Adriano Arpino in particular.

Peter Rees, who is club co-ordinator and acting chairman of the club, said he was surprised at being the first to receive the award but believed it was an all-round team effort:

“The TennisMark + award is recognition of all the hard work that is going into developing the club right now although being the first to receive it did come as a surprise. We have a loyal core of enthusiastic volunteers who put in a great deal of their time and achieving TennisMark is a well-deserved reward. The club would like to thank Tennis Wales for their support.”

Rees added the community club is expanding and is open to everyone, with players from as young as five up to seniors participating. This summer the club hopes to bring in even more members by repeating an open day which was successfully organised last year to bring in additional families and individuals. The club’s links with local schools also ensures that young local talent will be continued to be developed and nurtured.

Tennis Wales development officer Mark Lewis, who presented the award, said he was “delighted” at the news. Looking to the future, Lewis expects that with a pro-active committee, an engaged community and a quality coaching regime that Llantrisant Tennis Club has in place, the club will go from “strength to strength” in the coming months and years. 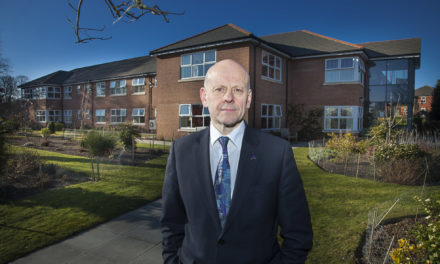 Plea to make sure that all social care heroes get £1,000 bonus