THE FALL ON THE RISE.

The Fall return with the Live Uurop V111-V11 Places in sun and winter, Son on Cherry Red Records. This set is a no holds barred, warts and all collection of concert clips circa 2008-2012. This recording offers a plethora of performances that comes as close to the real thing as is possible!

The Fall fans will thrive on a bootleg buoyancy that offers the raw stage power of our nation’s saving grace! There is jus the one dip in to The Fall archives as the bells vault us in to the wondrous Wings. From there we head in to more recent rock revelling, including newer material such as Auto (2014) Chip Replace and Amorator.

Band leader Mark E. Smith leads his troops out of the trenches and in to battle across a series of snapshots of a band that just keeps on getting better and better. Keiron Melling (drums), Dave Spurr (bass), Peter Greenway (guitar) and Eleni Poulou (keyboards) work their collective socks off to enable Smith a platform to deliver his devilish diatribe; and his snarls and growls do not disappoint.

The dozen tracks push, prod and pummel their angular edges in to the psyche of the listener. The majority of those surviving rebels who stemmed forth from a nascent punk movement in 1976 are redundant as they cash in on their fifteen minutes of yesteryear fame. Nonetheless, Smith still promotes the true values of a pop outsider! An unwillingness to live in the past, toe the line with the present but continually charge headlong in to the future makes Smith and his Fall folk compelling.

Smith comments that ‘he is in a play of his own design’ but we can be grateful that we are in the audience. Just listen to the juggernaut of Reformation and it is obvious that The Fall can still cut the mustard when it comes to momentum. We eagerly await the next chapter of the wonderful and frightening world of The Fall, but for now bask in this bombast! 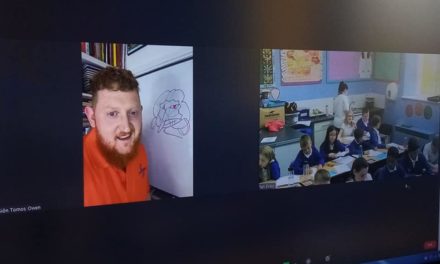 World of Words and pictures!