The proceedings commence with some poignant anti-monarchy images of Elizabeth II issuing a one finger salute to the audience and next up was a picture of her grandson William and his wife accompanied with a Union Jack clad message that read ‘United King-Dumb’. Morrissey certainly does not skate around his feelings and he accompanies the art by firing up the troops with a blistering take on The Queen is Dead.

The Smiths mesmerising output was only briefly explored during a set that bordered on ninety minutes but the fans were most illuminated when their messiah headed in that direction. A Meat is Murder mantra was also drilled in to the collective consciousness aided by some harrowing footage. These brutal visuals confirmed that creature carnage is criminal-and, Morrissey merchandise makes it clear that if you annihilate animals he will kill you!

On the solo front old favourites such as Suedehead and Everyday is like Sunday raised their halcyon heads to obvious delight but outside of those yesteryear forays the majority of the set was embedded in the recent material-and, that meant the World Peace is none of your Business opus. The core of the new tunes sufficed but the appearance of the more established anthems upped the ante.

The domain of the Salford Bal-lads Club interspersed with various displays of dexterous musicianship and blasts of cutting edge alt. rock became a strong feature of the gig. From an elevated seated position the view of the core of a large gathered throng resembled a terracotta army for excessive periods of the evening. A central spine and dispersed moshpit strutted their stuff when the tunes took on an increased tempo but there was not enough of this stance. However, it’s Morrissey so he will cut his own stubborn pop path and his obsession with the ups and downs nostalgia of a seemingly black and white 60’s is also central to the presentation. Morrissey proves that he is very much of the past but even more so of the present!

The show culminated with a sparse one song encore and the hero volleyed his shirt in to the auditorium for devoted worshippers to scramble over its ownership. The masses may have felt cheated by the absence of a selection of those hard hitting hymns that meant so much to them. So was the public united or divided? Well, the post performance sale of expensive Mozzer memorabilia had punters galore jostling for purchases so it would appear that the Pope of Mope is still in favour.

It is many thanks to Morrissey for putting Cardiff on the tour calendar and his show was far better than ok-but, it would have been ok to have been far better! Moz may have once stated I don’t mind if you forget Me but no matter what there is little chance of this icon ever being erased from the minds of his disciples. However, it is now time to seek out those countless classics that have come from the aural annuls of the last of the famous international treasures! 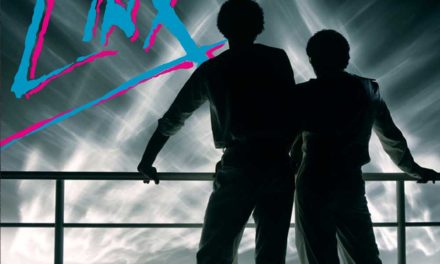