The awards recognise the vital contribution that volunteers make to the game throughout Wales.

“The individuals, and in one case the twins, who have won this year’s NatWest OSCAs represent the tip of the iceberg as far as volunteering is concerned. Cricket in Wales is fortunate to have such dedicated people who devote their time, energy and skills into the sport.”

Jonathan Finn, Cimla
Category; Get the Game ON
After being forced to give up cricket due to serious injury, Cimla CC’s youngest-ever chairman, Jon Finn has shown outstanding merit in keeping cricket alive at the club.
In the last year in particular, Cimla CC has been threatened by local government cutbacks which saw the local authority withdraw its playing fields and pavilion maintenance.
More than anyone, Jon has stepped into the breach and has put in the hours necessary to ensure the ground has been fit for play and, almost single-handedly, he has effected an overall improvement.
On match-days, he acts as team manager, match-host at home games, co-ordinates selection as well as his ground duties and continues to have a positive influence on team affairs.

Brinley John, Llangennech, Llanelli
Leagues
When Brinley John joined the committee of Llangennech Cricket Club he took a keen interest in junior cricket and initiated moves to establish a league.
At that initial meeting in 1973 officials were elected and Brinley took on the role that no-one else wanted, Honorary Treasurer.
Initially he coached, organised and umpired matches for Llangennech. Eventually, he handed over those roles to younger people, but has maintained his role as treasurer of the Junior League. He ensures that finances remain healthy and that all opportunities for grant aid, sponsorship and council support are taken. At 86 and having served for 43 years he shows no signs of stepping down.
The South Wales Junior Cricket League, probably the largest junior league in the country, was his idea and he has been a driving force since the beginning.

Roy Emmott, Newport
NatWest CricketForce
Roy is at the forefront of Newport Fugitives CC’s Natwest CricketForce ground improvement programme each year – planning the tasks for the days and getting together the manpower and materials.
As a result of Roy’s work, the club has developed relationships with local suppliers who provide materials and sponsorship, and the club’s work has been highlighted in the media through Cricket Wales.
Numbers have increased year on year from under 10 to an average of 35, and on one occasion more than 50. Roy has also gained involvement from local young offenders, who complete tasks with a view to getting them away from a troubled background.
Work completed in recent years has included new showers, basins and urinals, picket fence, patio areas with benches , painting the pavilion, under hedge kick boards, as well as all the tasks for getting set up for the season.

Mike Knight and Dave Knight, Newport
Heartbeat of the Club

Mike and Dave are identical twins who have been the stalwarts of Newport CC for 40 years. Both ex-school teachers, they devote most of their spare time to club business and especially the development of young cricketers.
They were involved in the development of the youth section which resulted in Newport CC becoming UK Club of the Year in 1991 and since then have been instrumental in promoting youth development making Newport CC the premier club in this regard in Wales. Their development of cricket for girls has been particularly impressive.
Consequently, the Club has become the following:
• ECB U13 National Club Champions 2005 & 2010
• ECB U15 National Club Runners-Up 2007
• ECB Premier League National Champions 2013
• Lady Taverners ECB U13 UK Winners 2013 & 2014 and Runners-Up 2011
• Lady Taverners ECB U15 UK Winners 2014 and Runners-Up 2013
• Sri Lankan training base for the 2013 ICC Trophy in recognition of the high quality of its two pitches and four-bay all-weather training area.

Derek Rees, Dunvant, Swansea
Officials
After finishing a playing career with Mumbles CC, Derek moved into umpiring with the South Wales Cricket Association. During that time he has been an active member of the former Association of Cricket Umpires and Scorers and then became an important contributor within the ECB Association of Cricket Officials (ACO) as a Local Trainer.
When the South Wales Premier League was created Derek was a member of the inaugural umpire panel.
Over many years Derek has been an active tutor/trainer within the Llanelli and District ACO, and he took over the chairmanship after the passing of his good friend and colleague Ken James.
More recently Derek has taken on the role as county performance officer for the South West Wales ACO (Llanelli and Swansea) branches.
Now approaching his mid-70s, Derek continues to umpire, and his eagerness to do so was illustrated again earlier this season when he had laser eye surgery for a cataract only to be back out in the middle within a week.

Maurice Leyland, Pembroke
Lifetime Achiever
Maurice has been a member of Pembroke Dock CC for 50 years, from the age of 18. He started volunteering to help clear the land so that the club house could be built, and he went on to captain the team which won the Alec Colley Cup in 1971.
Maurice has been the treasurer since 1969, and since becoming the groundsman, he created a quality pitch and outfield, on which the club hosts many senior and junior county matches.
In 1977 he instigated a pub six-a-side tournament; which has been run every year since, and has raised more than £20,000.
Maurice has always worked closely with local schools, marking out pitches for Kwik Cricket and rounders tournaments. When other clubs have been unable to prepare a pitch or ground, the cricket development officer will phone, with short notice, and Maurice obliges.

All winners go on to represent Cricket Wales at the ECB (England and Wales Cricket Board) OSCAs at Lords on 12 October. 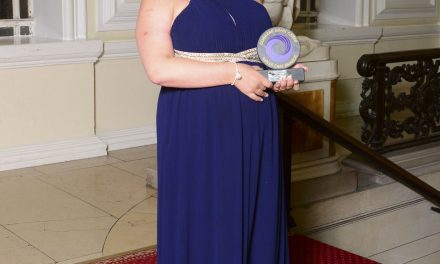