Top young cricketers have received their Cricket Wales player of the month awards for outstanding performances with bat, ball and gloves.

The 2015 awards were presented in a single end-of-season presentation at The SSE SWALEC (formerly SWALEC Stadium), during a Glamorgan County Cricket Club match.

Tom (Cardiff and Vale) was away at Millfield School and unable to attend the presentation, but received the award for scores of 54 and 30 against Yorkshire in a two day game and 61 against Warwickshire, as well as his captaincy of the U15s.

Charlotte Scarborough (Wales U15 girls, U17 girls, and Wales women)

At 14 all-rounder Charlotte (Gwent) made her senior debut in May taking 2 for 27 off 7 overs.

She also scored a match-winning 58 against Cornwall U17 and another match-winning 45 not out against Millfield School. Charlotte scored 163 runs in May and June, took 9 wickets and was outstanding in the field. She was recently invited to the England U19 development day at Loughborough

Jessica Thornton (Wales U15 and U17 girls)

Jessica (Gwent) bowled exceptionally well during the month of July taking 27 wickets at the cost of just 9 runs apiece. She took 4 for 14 against Somerset U17, and the next day 4 for 34 v Somerset U15. Her best performance in the Taunton U17 festival where she took 5 for 4 when Wales were defending 125 against Kent. Wales ended up dismissing Kent for 72 and winning by 53 runs. All this came after recovering from a broken thumb earlier in the season.

Kiran (Cardiff and Vale) scored 77 against Gloucestershire and 111 against Hampshire in the ECB U17 competition. He then went on to score 73 and 39 for the West of England at the super 4 competition at Loughborough, followed by a brilliant 150 for Glamorgan 2nds against Leicestershire.

All-rounder Lori (Gwent) scored 62 out of a century partnership, which helped Wales to victory over Cornwall at the Malvern festival, also a very good 48 against Leinster, as well as taking 2 wickets for 5 runs against Kent

“We have seen some exceptional performances from many of our young players this year,” said Cricket Wales performance manager, John Derrick. “The award-winners are a real inspiration and a reminder of the impressive talent pool we have in Welsh cricket.”

Kids in Kits thanks to property business. 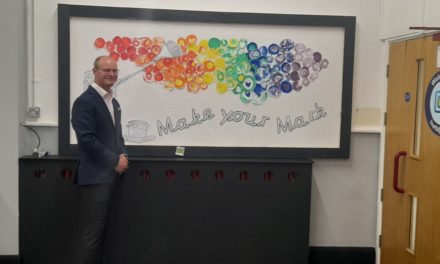