The return of New Order is fully justified and their post punk dance drive is in full flow. The departure of Peter Hook means that New Order has had a major change in personnel. However, the original core of Bernard Sumner, Stephen Morris and Gillian Gilbert are united; and, the addition of Phil Cunningham and Tom Chapman has helped expand the New Order story. After a ten year break from recording New Order deliver the eleven tracks of Music Complete and it is their debut disc on the renowned Mute label.

So what does a 2015 New Order bring to the party? The answer is that this confident quintet brings the party!

A contemporary team of tunes can satisfy those punters seeking an alternative edge while also cutting the mustard with the club aficionados. A blend of guitars and synthesisers forges the fare forward as New Order provides a kaleidoscope of up tempo aural colours (and the singles Restless and Plastic showcase the merchandise). The invite of guests such as: Iggy Pop, Elly Jackson (La Roux), Tom Rowlands (Chemical Brothers) and Brandon Flowers (Killers) also leads to a re-interpretation of the rhythms.

Sumner states ‘To be a real band, a live and vibrant entity, you have to do the things that bands do–and that’s make music, not just keep replaying the past.’ It would be easy to thrive on a repertoire that includes not just the New Order CV but also the works of its predecessor, Joy Division. However, Bernard and the group want to look ahead as he goes on to state ‘In a studio you’re looking at life through a letterbox; you don’t know what’s turning your fans on, but we know from playing all those gigs that the dance side of New Order is very important to our fans’.

Music Complete can power it up or pop it out! Whatever direction is taken by this release there is a distinct declaration that advancing age is not a barrier to aural aplomb! Sumner and Morris have created quality craft since the arrival of Unknown Pleasures in 1979. As many musical peers from those yesteryears have either burnt out, faded away or simply feast upon nostalgia it is credit to these troubadours for striding forward as positive People on the high Line! 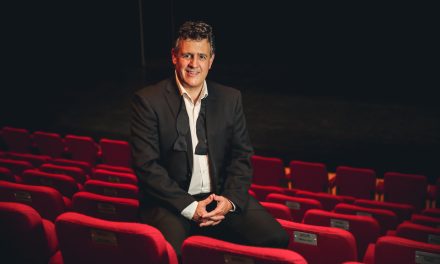