‘Love Me, I’m A Liberal’ tour September / October 2016
Single out 28th October – new full band version
Supports Carter USM’s Jim Bob in November / December
Xtra Mile laureate Chris T-T will see out our annus horribilis with an autumn and winter of touring ‘Love Me I’m A Liberal’ and supporting good friend and national treasure Jim Bob.
‘Love Me I’m A Liberal’ is the second single from Chris’s tenth studio album 9 Green Songs. Adapted from the classic satire from US protest singer Phil Ochs, the song raises an iPad selfie to the safe-and-sound set quite happy to finger point, jeer and slacktivise for change from the internet and for the benefit of their right-on friends. 9 Green Songs refuses to toady up to expectations, from its title to its targets, its mood or even its musical genre. Its the album we deserve for the times we’ve come to expect at the moment we’ve realised we’ve become complacent.
Chris’s enormous stack of songs, whether playing solo or with his accomplished fireb(r)and the Hoodrats, he can chart the last 16 years of British folly with bold storytelling, an incisive wit, and a little bit of good ole’ English crass. Whether brewing storms with piano chords, cutting folk songs from acoustic strings, or throwing the audience ire-laced sentences accompanied only by silence or pounding drums, the T-T live experience is a journey that never takes the same turns and always finds a way to the heart and the head.
He’s bringing XMR labelmates and friends on the ‘Love Me I’m A Liberal Tour’, including Non Canon (Barry Dolan AKA Oxygen Thief), The Sad Song Co (Nigel Powell of the Sleeping Souls, Dive Dive), and Kyle D. Evans (The Retrospective Soundtrack Players), plus Joanne Rowe, Chrissy Barnacle and Paper Rifles.
Chris will then join old friend and ex-Carter USM singer Jim Bob on Jim’s first solo tour of the UK in five years. Chris will perform before the duo play songs from the album Jim Bob Sings Again, a collection of hits and fan favourites re-recorded with new vocal arrangements and piano provided by Chris, the sole instrumentalist on the record.
Chris visits the following towns and cities on the ‘Love Me, I’m A Liberal Tour’: 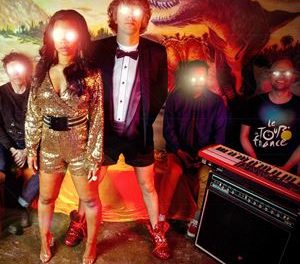