Justice return with Woman and album number three is more in tune with their great Cross debut. The French duo tie up their prog tendencies with dance allegiances and create a kaleidoscope of colourful ryhtms . After the momentum of the fresher release its follow up Audio, Video, Disco was a major dispointment as the serious rock angle took hold of the ability to structure a quality song. There was too much pretence and not enough prowess.

However, the new work is far more structured and solid. On occasions the fresh fare displays an ostentatious, over the top sheen. However, its internal components ensure that there is enough Midas present and the sonic ship keeps on course. Unfortunately, the world of X-Factor wannabees and why bother nobodies can occupy the singles charts when the likes of Safe and Sound, Randy, Alakazam! and Fire should be riding high and then rocketing the current Justice long player on to further glory.

Throughout the years we have been inundated with a whole host of musical scenes and sub genres. Rock, disco, Post Punk, new romantic, acid house, Britpop and electro are but several, but the list goes on! However, with all of these categories and many more plus more freedom to boundary break the 2016 pigeonholing of certain acts is difficult. Justuce drop in to a number of aural areas and pluck out insprational ideas. As a punter try and stop your toes from tapping and a bombastic, buoyant bass leads a jiving, juggernaut is on its joyous journey! A strong electronic presence drives the beats along but unlike some choreographic cored charisma the Justice guys (like pioneers such as Chic) always forward the feeling that a band pilots the polished pop.

European industry continues to prosper and although there could be a bracket containing Air, Daft Punk and Justice this trio are different beasts. However, the latter act deserves to be up there at the top of the table with its more illustrious colleagues. Woman will hopefully make a man of these guys-and, please pay your part with a prompt purchase! 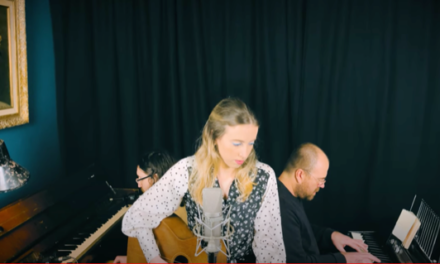