Bankrupt Pug are an RCT led mix of cacophony and comedy – and they are not afraid to tread on a few toes with some lyrics that may offend if not taken in their respective hybrid of a tongue in cheek manner blended to some cutting edge comment. The four track I can’t believe I ate the whole Thing is led by Adopt / Adapt / Improve which has damn delicious devilment in its make up and a quick killer k.o. punch leaves its mark. The next TNT track Why so Seagullrious aims at the annoyance of a certain nautical bird life and animal activists avoid! It is then on to an infamous Russian dictator and the title of this tune is best left for you to discover!!! From there we move on to salivate over the momentum of Marshmallow; and, as stock is taken within four sharp, short songs the Pug have shown that they are anything but Bankrupt.

When it comes to the wordplay there is that Half Man Half Biscuit slant with the blacksmith touches of Mark E. Smith. Any Pug projects are going to get a stream of consciousness assessment and who cares about the consequences?!? Whether it is seagulls or Stalin – nobody can escape the bark and bite of the Bankrupt boys! In amongst the verbal vehemence the music is led by a whirlpool of wackiness featuring the flavours of luminaries such as: Dead Kennedys, Spizz, Devo, The Rezillos, Husker Du, The Red Skins and Radio Stars.

This valleys combo can play fast and furious  but it is far from a big bad blast as there are some neat extras in the production. ‘Death conquers all’ apart from Bankrupt Pug who will just keep on keeping on. Punk’s not Dead and it is not even having a holiday! Forever, Pug-nacious!

Check out this sonic stomp at: https://bankruptpug.bandcamp.com/releases and go and find some other reviews by Rob Jones at: www.rhonddacynontaff.com 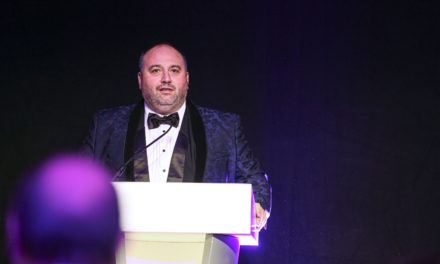