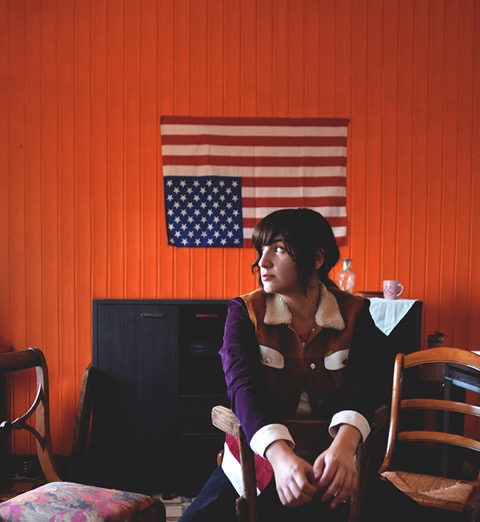 Catalonian singer-songwriter JOANA SERRAT has announced a handful of headlining shows for April, in support of new album ‘Dripping Springs’.

Since the release of Dripping Springs back in September, Joana has been racking up radio plays on BBC 6 Music, BBC Radio Ulster and BBC Radio Scotland, having had two songs added to the BBC 6 Music Recommends Playlist. 6 Music DJ, Lauren Laverne, has once again been singing Joana’s praises, calling her “an astonishing live performer” and encouraging 6 Music listeners to hit Youtube for evidence. Even better, however, would be to catch Joana Serrat live and in person at one of the following shows:-

The first Spanish artist to be invited to showcase at Nashville’s AmericanaFest last September, Joana Serrat is now set to follow that by playing the UK’s own AmericanaFest in Hackney on 31st January, playing The Moth Club at 6pm. Ahead of this Joana will be appearing on the panel “Loose: 20 Years Of Swimming Against The Tide”, celebrating 20 years of London-based record label Loose. Other artists guesting on panels throughout the day include Billy Bragg and Frank Turner.

Meanwhile, back home in Spain, Joana’s new record hit #41 in the Official Albums Charts, with Mondo Sonoro awarding it a 9/10 and ELLE España naming it as their “Top Music Pick” in December. On the back of numerous glowing reviews, Joana has been making multiple TV and radio appearances, the most recent of which you can watch here.

Dripping Springs is out now on Loose.

ABOUT DRIPPING SPRINGS
For her fourth album in five years, Joana Serrat travelled from her home in Vic near Barcelona to the Texas Hill Country outside Austin. There she teamed up with Israel Nash at his Plum Creek Sound studio near the town of Dripping Springs. For the recording sessions Nash & Serrat corralled a stellar crew of musicians: Joey & Aaron McLellan, (Midlake, BNQT, Elle King, John Grant, Israel Nash), Eric Swanson & Josh Fleischmann (Israel Nash), Dave Simonett (Trampled By Turtles) and Dennis Love (Futurebirds), as well as Nash himself providing additional guitar and backing vocals. Israel Nash produced the album, with Ted Young (Grammy award winner for The Rolling Stones) on engineering and mixing duties.

It was no mean feat to gather all these creative talents and get them working together as a team, but as Israel Nash commented, “it was very easy to work with Joana because she knows where she wants to go and she leads us all there. Joana’s lyrics are brilliant but she uses images and colours to describe her songs and luckily that’s the way we are used to working.” Joey McLennan adds, “her voice was our guide”.

The resulting album – which Joana named after the local town – is unsurprisingly Joana Serrat’s most Americana album to date. Mojo described her last album Cross The Verge as “Mazzy Star guesting on an early Neil Young demo”, but with Dripping Springs she has produced a far more rounded and polished piece of work. Serrat explains, “it’s an album that deals with farewells but is filled with an optimistic melancholy that doesn’t isolate nor enclose the spirit and determination to realise our own dreams”. It was a bold move by the young Catalan to cross the Atlantic to work with a bunch of American musicians that she had admired from afar but had never met.