A proposed new income tax to fund elderly social care would be “throwing
good money after bad” unless there’s radical reform of the whole system,
it’s been warned.

The idea for the tax of between one per cent and three per cent was
recommended in a report by top economist Professor Gerard Holtham which was
commissioned by the Welsh Government.

Mario Kreft MBE, the Chair of Care Forum Wales which represents nearly 500
social care providers, including many in Rhondda Cynon Taf, welcomed the
report as an “important contribution” to the debate about funding.

Whilst the prospect of extra funding would be welcome, Mr Kreft feared that
just pumping more money into the current set-up would not solve the chronic
problems besetting the health and social care sector.”.

The only long term answer was a fundamental “root and branch review” to
find new and better ways of integrating health and social care as was
proposed in a recent Parliamentary review.

According to the report, a social care tax could mean people in their 50s
would pay four times more than those in their 20s.

Professor Holtham stressed that an unfair burden must not be placed on
younger generations in order to subsidise the elderly.

He said: “The steep rise in house prices and the ending of free higher
education has left younger generations no better and sometimes worse off
than their elders were at the same time of life,” he said.

“There is an argument therefore for levying tax rates that depend on age
cohort as well as income.

“Doing so could improve intergenerational fairness and it would mean that
people pay more at a time of life when they are more conscious of the need
to make provision for old-age care.”

Mr Kreft described the issue of how to fund social care as the “challenge
of the age” at a time when Wales was expecting a 120 per cent increase in
the number of people aged over 85 by the year 2035.

He said: “We certainly welcome the report because we really do need a
serious conversation in Wales about how we’re going to fund future care
services.

“It’s not just about older people, it’s about how we as a society sustain
our NHS and community-based services but we can’t be too simplistic in our
approach.

“Throwing extra money generated by a new tax into the existing pot is not
going to solve it. We don’t want more of the same – we need a new vision
for the future with properly integrated services.

“We’ve actually got to radically reform the way we deliver services and how
we integrate services in Wales. Without that reform, we would be throwing
good money after bad.

“What you’ve currently got is two systems that inter-relate. You’ve got
the NHS which is free at the point of delivery and you’ve got means tested
social care which predominately comes through local authorities.

“Now, there are only three ways we can actually raise finance and support
for these services – private money, it’s insurance or it’s tax and I think
what we really need in Wales is an intelligently-structured combination of
all three, a long term plan that has cross-party support because this issue
is not going to go away.

“We are going to see, as the professor stated, is a massive increase in the
cohort of the population of over 85s.

“We haven’t got the capacity in the system to cope at present. Homes are
closing. Hospitals are full and many family carers are over-stretched. It
needs integration and a completely radical approach as to how we tackle
this.

“We’ve really got to think these things through and we need an integrated
system.

“To their great credit Welsh Government has recently recognised social care
as one of the four foundations of the economy, one which pumps £2.2 billion
per year into the Welsh economy.

“Previously, we’ve only seen social care in Wales as a cost. What we have
to do is see it as a value. This is where the independent sector can play
an even more important role.

“Social care workers in Wales deserve a better deal. The deal they’ve got
is not good enough to sustain the numbers that we’re going to need in the
future.

“Local authorities and health boards in Wales actually predicate that more
than half of the staff in a care home are on the National Living Wage.

“When you get a qualified highly-skilled care practitioner, they have to be
able to sustain a standard of living commensurate with the level of
responsibility they have. These are people who have been overlooked.

“How we fund social care is a massive issue. We now need to have a big
national conversation and this report has made an important contribution to
the debate.” 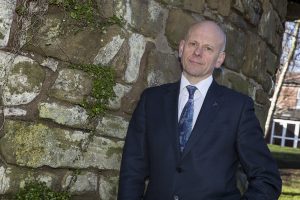 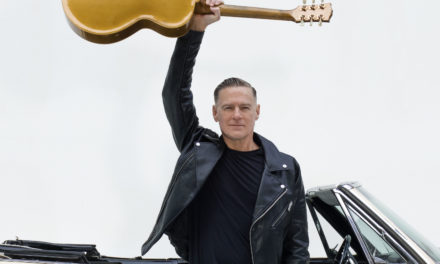