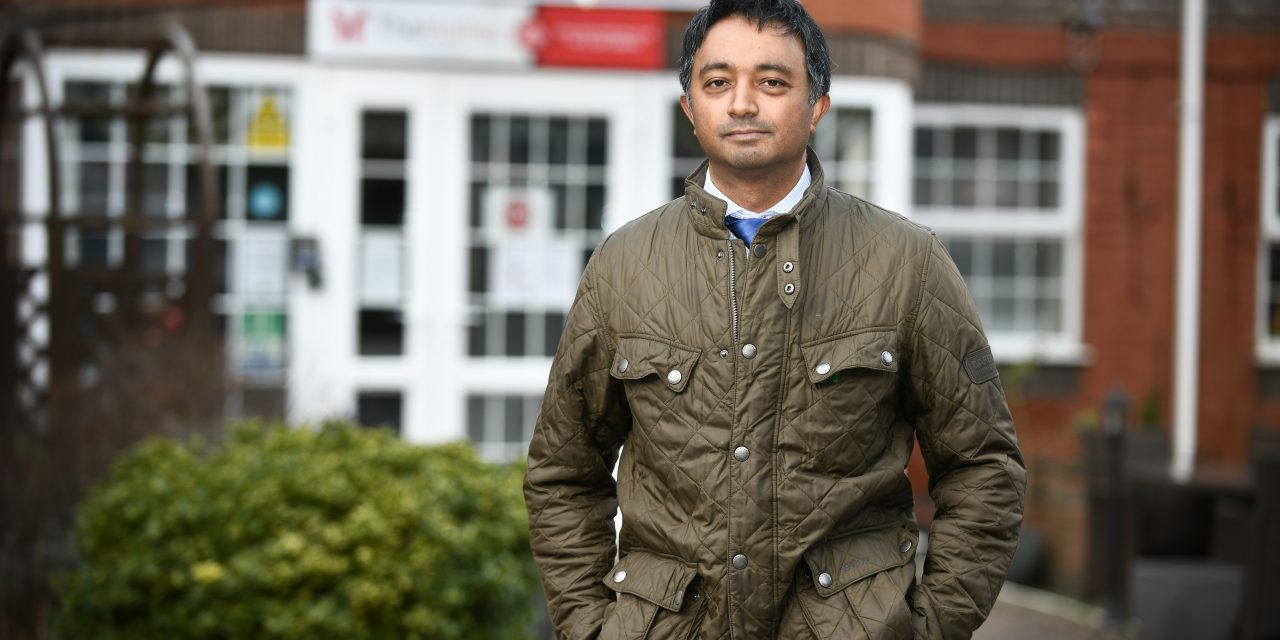 A social care boss has revealed the second wave of coronavirus has been even more deadly than the first surge.

According to Dr Bikram Choudhary, Director of the SilverCrest Group, which owns five care homes across Rhondda Cynon Taf in South Wales, Covid-19 spread like “wildfire” through three of his five care homes, claiming the lives of dozens of residents and infecting 70% of his staff in weeks.

Staff were still mourning the tragic loss of 18 residents at Cwrt Enfys in Cwm-twrch Isaf during the initial Covid-19 outbreak in April last year when the second wave hit with “utterly devastating consequences”.

Dr Choudhary said nothing could have prepared them for the ferocity of the current surge of the deadly disease which has now torn through three more homes since December, killing three in every 10 residents struck by the virus and forcing 90% of staff to self-isolate at home.

He thinks the new, more infectious mutant strain of Covid may be to blame for the scale of the outbreaks this time round.

The mutant variant is said to spread 70 per cent more quickly and there’s evidence the mortality rate is higher than with the original version.

The care boss said if it had not been for the selfless actions of his employees who worked “above and beyond” to cover extra shifts across multiple sites, the company would have almost certainly been forced to close at least one home and move residents elsewhere.

“It has been devastating and demoralising and very, very stressful for everyone involved. To lose residents is deeply upsetting as some have been with us for a very long time. It’s very, very sad,” explained Dr Choudhary.

“Around 25-30% of residents who were infected have died where we have had outbreaks. We thought we had seen the worst after the first wave but the second wave has been much more devastating and aggressive. There is no doubt this virus is more deadly and dangerous.

“Yes, we have better knowledge and more PPE than the first time round but it has spread much more quickly. We have been running on the bare minimum and it has been all hands on deck as this was the only way we were able to survive.

“Our employees have literally saved our homes from closing. We were very close to having to move residents and it was only our staff who offered to come and help us out that allowed us to go on and continue.

“From our admin staff, handymen, kitchen staff and carers – they all went above and beyond and did absolutely everything that was needed.”

Dr Choudhary said the loss of 18 residents at Cwrt Enfys last year had a heart-breaking impact on the organisation and staff were still trying to cope and make sense of the tragedy.

However, the situation took a turn for the worse when SilverCrest’s Ty Nant care home in Tonypandy suffered its first outbreak in October. It was closely followed by Mill View in Pentre in December and Morgana Court and Lodge in Bridgend last month. The Hollies in Pontypridd is the only home in the group to have escaped the virus altogether.

“We have two buildings at Morgana Court and despite all our best efforts, it spread right through both,” he said.

“We had a couple of cases one week, a few more the next, and by the following week it just exploded and we had 90% of residents and staff affected. It is incredibly quick.

“We were only able to manage because our other care homes could help out. We didn’t have any external support we had to manage this ourselves.

“Across the five homes, we employ between 350 and 400 staff. As many as 60-70% have tested positive. We have seen first-hand the distress this disease brings, it is very difficult.”

The group’s experience is one that is mirrored across the social care sector according to Care Forum Wales, which represents almost 500 independent social care providers and has fought tirelessly throughout the health crisis to support and protect the sector and help save lives.

Mario Kreft MBE, chair of Care Forum Wales, said: “Across Wales, care homes that battled and succeeded in keeping out Covid during the first wave have fallen victim to this more aggressive, super strain of the disease. The pressure on care workers and their managers is absolutely immense and many are concerned this crisis is not over.

“While it is fantastic news the vaccination programme is underway, for many care homes it has simply come too late and this is a dreadful fact for families to bear.

“This is not a time to relax and become complacent with social distancing. Community transmission remains rampant and we must take our responsibilities seriously to protect lives and prevent the vulnerable in every way possible until this nightmare really has ended.”

Another challenge facing the care home, and social care providers nationally, is that some families and relatives want to continue visiting their loved-ones through the crisis.

“The vast majority of relatives are very understanding. However, some do not realise the gravity of the situation and our duty of care to everyone we care for. This is because of mixed messages from other care homes which are permitting visits,” said Dr Choudhary.

“We are allowing visits for palliative reasons but the risk of community transmission is so high. It is estimated 2% if the population have the virus and if you’re allowing in 30 visitors a day, you have to sanitise that room repeatedly and there is still high risk of one of those visitors will pass on the virus.

“We feel by allowing visitors we will be significantly increasing the risk of transmission and we have seen first-hand how quickly it can take hold, we don’t want to be in that situation again.”

Three of SilverCrest’s affected care homes are now out of red status while the fourth will shortly follow. The ongoing vaccination programme has given the care boss hope for the future although he said the timing of the delivery is deeply regrettable.

“We’ve had good take-up for the vaccination programme but unfortunately for us it has come too late,” said Dr Choudhary.

“We had outbreaks in October, December and January. The vaccination programme is being rolled out now and if it had been three month earlier – or even a month earlier – it could have made a big difference.”