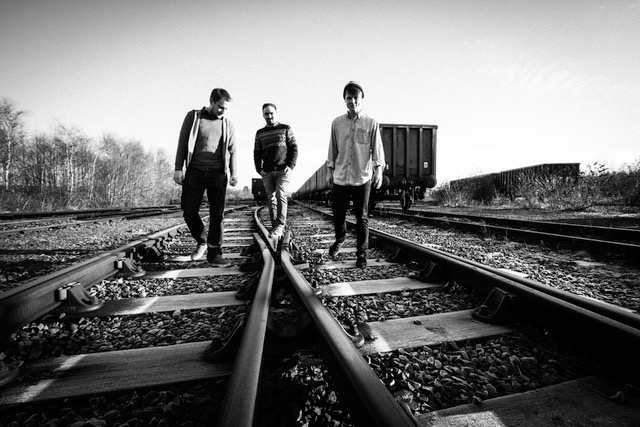 “Somewhere between the 80’s guitar landscapes of The Cult, the upbeat-melancholy of The Wombats, and the emotive vocal drive of The Joy Formidable. Shwing.” – Killing Moon
“I am in love with this band and their hugely ambitious sound” – Bethan Elfyn, BBC Introducing Wales

Back in business – BROKEN FIRES – will return with their first new music in over 5 years: “Dreamer”.

Released on 6th April, you can pre-save the track here: https://found.ee/BFDreamer

A brand new track with all the sky-high ambitions that its title may promise, the South Wales band return with an anthemic cut that heralds both a new partnership with Cardiff-based label Phwoar & Peace, plus a fresh batch of material planned for release throughout 2021.

Bearing all the hallmarks of classic Broken Fires whilst packing a beatific indie-rock punch akin to Dinosaur Jr, Manchester Orchestra or The Hold Steady, the new single from the Swansea trio finds them dreaming BIG…

At just three-and-a-half minutes long, “Dreamer” is a sugar rush short-and-sweet sonic thrills, and one that reflects on our own short-lived existences. As Tom from Broken Fires explains:

“Dreamer is a song about being allowed to dream and wanting to do something with your short time on earth. It was inspired by this feeling that as we grow up, we tend to default to the mundane, normal and let’s be honest – boring. It seemed like a feeling that a lot of our friends were experiencing, that itch you get when you just don’t want to accept that this is it and you want to do something bigger, better, maybe even a little bit crazy and unrealistic with your life.

Written in South Wales on Tom’s father’s old 1960s EKO acoustic guitar, a palpable sense of nostalgia rings through every chord and lyric of “Dreamer”. Crammed with introspective observations about life and how to live it, before it’s too late, lyrics like ““I want something I can tell the kids in 45 years. I was a dreamer. I wanted it all” will resonate and move in equal measure.

Originally a much slower and more melancholic number, the final version instead fires a shot of simple, energetic guitar-pop that strikes that alt/rock sweet-spot with a direct hit. Effervescing with lashings of twinkling guitar arpeggios, rousing vocals hooks and fuzzed-up fretboard wig-outs; “Dreamer” is the sound of a band waking-up to find their teenage dreams of the big-time are within touching distance and reaching out with both hands,.

Written and recorded by Broken Fires at sessions that culminated at Mwnci Studios, “Dreamer” was produced by Broken Fires’ own Justin Hendy (guitarist), before final mixing by Matt Lederman (!!!, Rural Alberta Advantage) and mastering by Ryan Morey (Arcade Fire / Suuns).

Formed in Swansea, South Wales in 2014, Broken Fires have earned a reputation for massive alternative indie songs about love, life and death. Self-releasing their debut album ‘Silhouettes’ back in 2015 to a warm reception, the band earned plays on BBC Radio 1, extensive support from BBC Introducing and US public radio; whereas singles including ‘Elephants’, ‘Flesh and Blood’ and ‘Brand New Start’ gained them global recognition from placements in TV Shows across MTV, the BBC and beyond.

After a five year gap, Broken Fires utilised the lockdown of 2020 to their advantage and initiated work on their sophomore record: ‘HYMNS’. Also produced by Matt Lederman, it is slated for release in Autumn 2021 via Cardiff indie imprint Phwoar & Peace Records.
An invigorating alt-rock blast that beholds much more to come, “Dreamer” announces Broken Fires’ long-overdue return with emphatic style. “Dreamer” is out 6th April 2021.

For fans of: Frightened Rabbit, Manchester Orchestra and The Joy Formidable.