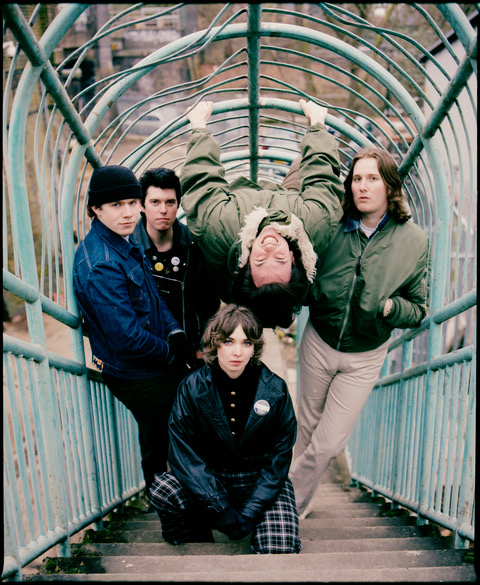 LISTEN TO SINGLE ‘I HATE THE RADIO’
WATCH VIDEO HERE:

TAKEN FROM NEW ALBUM, THE MUTT’S NUTS,
OUT NOW ON PARTISAN RECORDS

Chubby and the Gang have confirmed a massive run of UK and IE tour dates later this year.

The dates come as the band prepare to tour – The Mutt’s Nuts – their rave-reviewed second album, out now on Partisan.

The West London 5-piece recently shared a new track from their new album: ‘I Hate the Radio’, which takes the band’s raucous punk energy and injects it with all the hallmarks of a bittersweet 60s pop classic. The song is accompanied by a music video directed/shot by Molly Manning Walker and edited by Lesley Manning, sister and mother respectively to Chubby and the Gang’s lead singer Charlie Manning Walker.

Watch the video for ‘I Hate the Radio’ here: https://youtu.be/FSNoehSnEQo

As Charlie elaborates on the meaning of ‘I Hate The Radio’:

“This song is about when you finish a relationship with someone but you have a certain association between them and a song, and then that song comes on the radio. It’s like, ‘man, I never want to hear this song again!’ and then of course you get in the car and it comes on.”

New album The Mutt’s Nuts was produced by Jonah Falco of F**ked Up, and features Charlie backed by Tom ‘Razor’ Hardwick, Meg Brooks Mills, Ethan Stahl, and Joe McMahon (aka the Gang). Charlie has lived in west London all his life and works full-time as an electrician, and most of the band also work trade or artisan jobs. As a result, the songs are inherently political, rather than political by design. Alongside classic rock and roll themes of love and loss, the lyrics are rooted in worker’s rights, inequality, police brutality, government failure and gentrification – issues that are built into the fabric of the UK, and magnified in the English capital.

The band has previously shared other album highlights ‘Coming Up Tough’, ‘Lightning Don’t Strike Twice’, and ‘Life’s Lemons’ – the latter two of which were released this spring as part of a double A-side 7”.

“I wrote this song about social inequality. Not mine but the people I saw around me. I feel like the whole premise of poverty is presented like this game in which if you play your cards right you can escape. In reality it’s more like playing a game of dice when they’re loaded against your favour. Constantly being struck by lightning and being told that it will never happen again. I remember witnessing someone’s telephone voice where they had to change their voice when conducting business or applying for jobs so they don’t come across as if they are from a lower class…. I wrote the last verse about that because it disgusted me that in a system supposedly created on meritocracy a human being has to change their identity to try and shake unemployment. I’ve had very few jobs that required me to go for an interview. No one really cares who you are when you drive a minicab or lay out cables so I’m lucky in that sense. But many people aren’t.”
Fronted by Manning (a former cabbie who now also works as an electrician), Chubby and the Gang have been leading a pack of bands coming out of a new wave of British Hardcore. Speed Kills was one of the critical surprises of the year thanks to its unrelentingly fun concoction of hardcore, pub rock, doo wop, and blues. The album was produced by Jonah Falco of F**ked Up, and boasts songs of deep substance and political conscience with a precise sense of time and place. It received an 8.0 Pitchfork review, Stereogum praised its “massive barroom gang choruses, power chords at breakneck tempos, rock spelled R-A-W-K and visceral gratification,” while The Guardian declared them “UK punk’s most vital new band” and NME called them “the scene’s clear front-runners” and Speed Kills “a thrilling white-knuckle ride through multiple flavours of hardcore punk”.

With both Speed Kills and The Mutts Nuts now in the canon, the band will be touring them with a major tour of the UK and Ireland through November and December. Offering a chance for many to finally see just why they’ve become one of the most exciting and talked-about punk bands in the world over the past year, fans can catch them at the following dates: 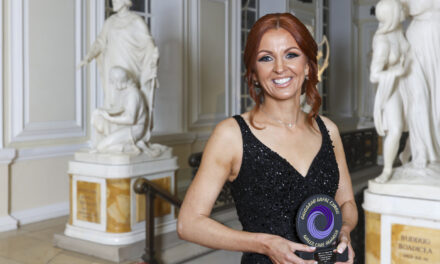 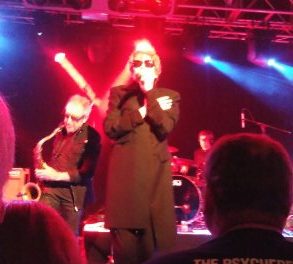 The Psychedelic Furs are wizards in Wales