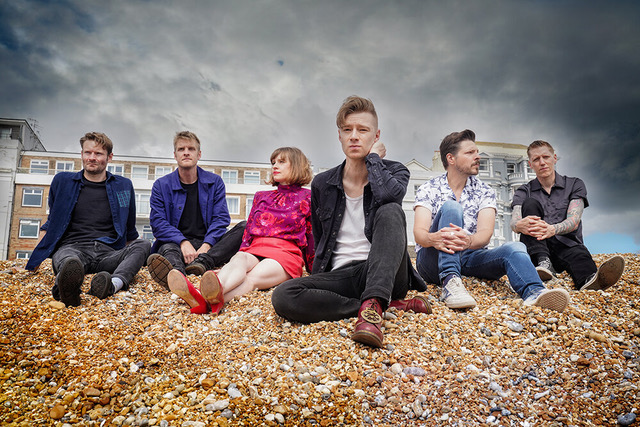 HIT THE ROAD THIS WINTER

IN SUPPORT OF FIFTH ALBUM:
‘A MATTER OF LIFE & LOVE’
STREAM THE ALBUM HERE

Following the release their much-anticipated fifth album – SKINNY LISTER – will be hitting the road for a series of UK shows this Winter.

‘A Matter of Life & Love’ is out now and you can listen to the album in full here:
LISTEN TO ‘A MATTER OF LIFE & LOVE’ HERE

Described by the Folk/Punk stalwarts as a collection of tracks that “really matter to them”, it’s an album that pulses with blood, sweat and cheers; the first album entirely made by the band and one that celebrates all the best life has to offer.

Expressing the Skinnies’ delight to finally have the record out there, Dan Heptinstall of the band says:

“It’s great to have made it to album number 5, and we can’t wait to see what further adventures lay in store for us as we get it out there on the road and into the world! One of the notable things about this album is that it has been entirely produced, recorded and mixed by us. This has been a very liberating experience, not only allowing us to employ all that we’ve learnt from the top producers of our previous four albums, but also truly realise our own vision of the tracks. We’re very proud of the results.”

The distillation of everything that has seen the world fall for Skinny Lister’s charms, ‘A Matter Of Life & Love’ is a record that swings from ska to rock, to folk-punk and traditional shanties, over the course of its 12 eclectic tracks. Teasing the release with two very different singles, the title-track ‘A Matter Of Life & Love’ tipped its hat to the classic ska of Suggs and co, whilst ‘Damn The Amsterdam’, saw the band team up with The Longest Johns for a particularly salty kind of sea shanty.

With the new album now out in the world, Skinny Lister (with ample support from The Longest Johns) will be bringing the spills’n’thrills of their exhilarating live show to a run of UK Shows this Winter. With tickets evaporating like cider from a communal flagon, big shows in Manchester, Newcastle and London have already SOLD OUT with Oxford, Norwich, Leeds, Nottingham, Glasgow and Southampton set to follow suit within days. Catch the Skinnies while you can at the following dates and venues… But be quick!

with special guests The Longest Johns supporting except *

An album about camaraderie and companionship through thick and thin, to cherishing the simple things freedom brings; ‘A Matter Of Life & Love’ finds Skinny Lister brimming with a zest for life, love, music and good-times. It’s released everywhere today (22 October), via Xtra Mile Recordings.

HEADLINE TOUR
with special guests The Longest Johns supporting except *