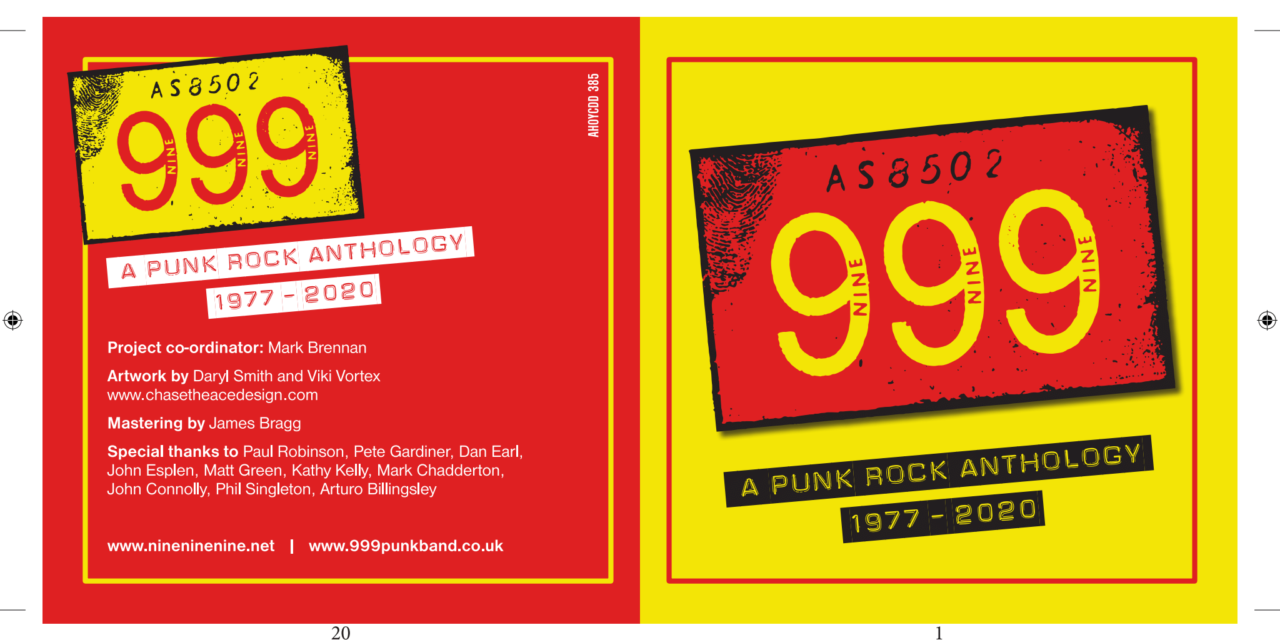 This remarkable release is:

•The first ever release covering the entire 45-year career of Punk legends 999.

•Full of punk anthems such as : ‘Nasty! Nasty!’, ‘Emergency’ and ‘Feelin’ Alright With The Crew’

999 are still touring across Europe to this day and the band will be playing at the seminal Rebellion Festival in Blackpool in August. The below is a review of their 2017 show at the Pontypridd District Club:

Touring acts work so hard to make ends meet and they have to be admired for their dedication to the cause. 999 are an example of this industry as lead singer, Nick Cash, was running the merchandise stall before he took to the stage!

Cash and company offered an hour of music cherry-picking highlights from a career that has crossed five decades. Hair might have disappeared and waistlines are expanding but the songs are still a blast. There can be nothing but respect for the magnitude of the likes of Emergency, Homicide, I’m Alive, Nasty Nasty, Feelin’ alright with the Crew, Hit Me and the associated army of aural attack.

Despite having formed in 1976, 999 have only experienced two permanent changes to their original line-up and the addition of Lurker – Arturo Bassick as a now longstanding fixture adds an extra impetus to the party. The quartet is a tight unit and they have seemingly miracle enhancing qualities as audience members slumped in their chairs spring to life and then throw some wild shapes on the floor. It is not all pogo-a go go as 999 have some genuine beats that create a different type of Saturday Night Fever.

However, for now the anthology offers 40 tracks that call for you to ring 999 as it is the purchase of this set is an Emergency! Here are the tunes on offer, now go and enjoy…..

1.The Biggest Prize In Sport 2.Inside Out 3.English Wipeout 4.Lil Red Riding Hood 5.Mercy Mercy 6.Obsessed 7.Don’t You Know I Need You 8.Indian Reservation 9.20 Years 10.Lust Power & Money 11.Black Flowers For The Bride 12.There Is No Glory In Mary’s Story 13.Absolution 14.Crazy Crazy Crazy 15.Takeover 16.Didn’t Mean To 17.Gimme The World 18.Last Breath 19.Shoot 20.The Pit And The Pentagon