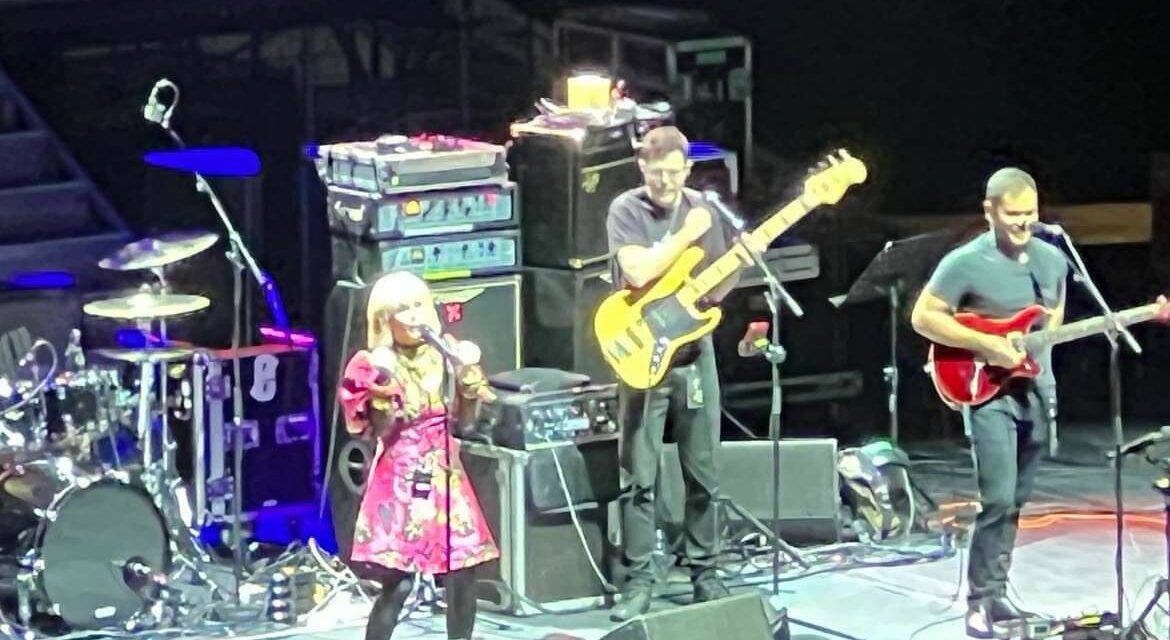 Toyah has had quite a career and it has been a varied affair. The initial days of acting in theatre and television plus cult cinema such as Jubilee and Quadrophenia was soldered to an outlandish aural attack that eventually led to a series of chart hits.

From there TV presentation and chat show exposure has been in abundance, along with writing credits. In more recent times there is also an online outletwith the Sunday Lunch extravaganzaalong with husband and performer Robert Fripp (the guitarist on David Bowie’s Heroes among many other credits, e.g. David Sylvian, Brian Eno and King Crimson).

The music and drama has continued to keep her busy. One would assume that it is getting up on stage which is the ultimate buzz for this lively lady who is now a spirited 64 and shows no sign of slowing up. A support slot to Billy Idol and Killing Joke at the CIA Cardiff offered a big audience who were out early to catch a vibrant set from a sextet led by a fiery female.

Her engagement with the punters was evident throwing compliments in their direction and whipping them up for an electric evening ahead.
Thunder in the Mountains, Good Morning Universe, It’s a Mystery and I wanna be Free in particular turned the clock back and a cover of Echo Beach heightened an 80’s euphoria.

The off kilter titled debut album 1979 Sheep farming in Barnet was also explored with lead track Neon Womb having a run out alongside a new number Space Dance which was also aired and showed that there is a desire to still be creative.

The set was short and sweet but it was another reminder of the rich array of diversity that our yesteryears delivered. There’s nowt wrong with nostalgia and this was another nugget from the past that brightened the present and offers many of the older breed a future to move forward with in conjunction their treasured heroes.