The Abergavenny tournament, which was the fourth annual event, took place over five cold days, and attracted competitors from as far as Liverpool and London.

South Wales winners included Newport’s Sophia Smale, who won the under 8s competition, Swansea’s Dylan Chase, who won the Under 14s, and Penarth’s Alex Glinister, who took home the under 9s honours.

“This was the chance to increase the profile of our club while providing county-level competition for our own members on their doorstep,’’ said Robert Wedlake, the tournament referee and club’s head coach. He also gave a special thanks to the team parents, who ran a tuck shop during the event to raise funds for the club.

The Swansea competition, which was the first Grade 3 for the club, led to more successes for South Wales, with two all-Welsh finals being won by Swansea players Robert Janicek (under 10s) and Mathew Lloyd (under 18s). Further competitions were won by Swansea’s Jethro Dela Vega (under 8s) and Joely Lomas, who won both the under 16s and the under 18s competition.

“It’s really pleasing to see so many of our players gaining further competitive experience, and winning, in these events,” said Tennis Wales chief executive, Peter Drew. “It’s also a credit to the organisers that the tournaments attracted entries from outside of Wales too.”

Take a Walk on the Welsh side 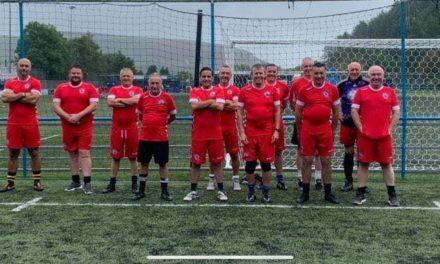