The Ramonas Rocket to Ruin tour called in at Clwb Ifor Bach, Cardiff and a youthful, four-piece, female punk rock tribute act ensured that there was not a disappointed punter on the premises! An evening of high octane rhythm paid homage to the catalogue of The Ramones-and, the focus was on the Rocket to Russia and Road to Ruin albums of 1977-78.

Cloey (Joey), Pee Pee (Dee Dee), Margy (Marky) and Rohnny (Johnny) do not cut any corners as they honour their heroes in a feisty fashion. As expected it was fast and furious with over two dozen songs packed in to an action packed set. A few of the poses associated with Dee Dee and Johnny were brought to the table with low slung guitars being the order of the day. Meanwhile, an extremely energetic Cloey pulled individual shapes and united them with the touches that are associated with her mentor.

The Ramonas put on a show that did justice to a catalogue of classic cuts, including: We’re a happy Family, Judy is a Punk, Blitzkrieg Bop, Rockaway Beach, Teenage Lobotomy, Sheena is a punk Rocker, I don’t Care, Cretin Hop and Pinhead amongst a clutch of countless other TNT tunes. The girls did their utmost to replicate the speed and spirit of their New York gurus-and, it was breathtaking buoyancy from start to finish.

These UK lasses have been taking their concerts around the globe since 2004 and as The Ramones are sadly no longer with us it is well worth witnessing their surrogate, garage, grand-daughters! It is time to offer the ultimate compliment in respect of The Ramonas-and, therefore we willingly yell ‘Gabba Gabba Hey’!

FRANK CARTER AND THE RATTLESNAKES. 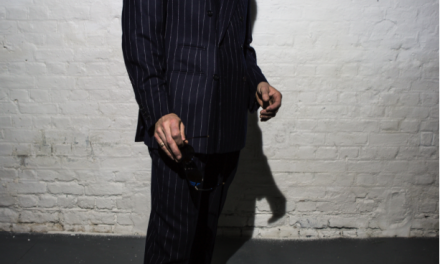