is a  2CD set. of 40 restored and remastered tracks from the 1965-68 era. These performances include Jeff Beck and Jimmy Page in the various Yardbirds line-ups. There are rare BBC archive recordings and over 90 minutes of music. The  introduction comes from The Yardbirds Jim McCarty with quotes from Paul Samwell-Smith in the authoritative liner notes.
The Yardbirds were one of the most creative forces of the 60’s and the layers that passed through their ranks indicate the prowess of this act for not only their own music but as a breeding ground for the development of talent-and, let’s think Page and his future contributions to the Led Zeppelin story.
This BBC sourced set contains hits such as ‘For Your Love’, ‘Heart Full Of Soul’ as well as stage favourites of the likes of ‘Too Much Monkey Business’, ‘Smokestack Lightning’, ‘I’m A Man’ and ‘Train Kept A-Rollin’’.
Beck and Page feature alongside front man Keith Relf, Paul Samwell-Smith and Jim McCarty in these Radio One sessions from 1965-1968. The Yardbirds prove that they can muster up commercial gold but also that they can experiment and as such take guitar music in to new horizons. The interviews that parallel the tunes also  put one in a time and place where rock n roll was witnessing so many developments and as such was splintering in to a number of genres. The young guitar bands of today owe so much to this industry of the swinging sixties. This is the source of the sound that advanced aural expression and your knowledge of this era has to  include an encounter with The Yardbirds and here is as good as a place to start as anywhere. The sound of Relf and the backdrop just parallel to the rise of Roky Erickson and the 1`3th Floor Elevators across the Atlantic-and, that means good wholesome individuality where so many noises were genuinely heard for the first time. In 2016 it is impossible to be truly original because the range of influences are aplenty but 50 years ago the new breed were really finding their feet-and, that meant fertile  fresh fare and buoyant boundary breaking. Ladies and gents……it is back to the future with The Yardbirds. 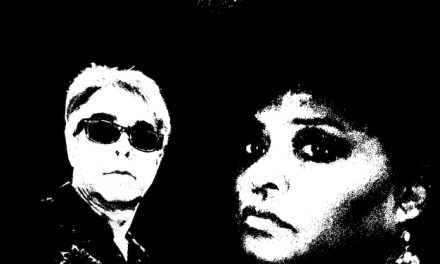