by
Rob Jones
Punters arrived in their droves and the collective anticipation was not a run of the mill stance. This was not any old night! For this evening it was the arrival of a Jimmy Pursey led Sham 69; and, the Welsh capital had not witnessed such an occasion for many a moon! Therefore, excitement levels at The Tramshed were nearly off the scale and the atmosphere increased as the band did not appear by the usual 9.30pm juncture. A quarter of an hour later and the energy levels reached explosion point as Treganna, Parsons and Guy took to the stage and then the main man joined them! From that point forward it was sixteen songs and a blistering 45 minutes which whipped up the mostly middle aged masses in ti a state beyond frenzy!
All of the shackles of advancing years were thrown to the wind as the moshpit became a maelstrom. However, as opposed to yesteryear flare ups the demonic dancing did not amount to a mass brawl! Instead all shapes and sizes mustered up a mania that defied fitness levels and had the more sedate members of the gathering marvel at this remarkable ritual!
On the stage a slim, trim Jim takes care of business. As a result his performance was fuelled on an adrenalin that has maintained its momentum even though several decades have eroded. The passion and potency of Pursey was aplenty as a boisterous band provided the platform for the orchestrator to lead his devoted disciples. The audience are not just present to worship but they are regularly given the chance to echo the vocals of the maestro as he places his microphone in to the main arena. The response to this call to arms was phenomenal and the timeless enthisuasm to the cause has not diminished. To add to which it was good to witness pockets of a younger element revelling at a raucous party!
The tunes flew off the assembly line and even though there was not a weak link the pick of the pack included the likes of: What have we Got, I Don’t Wanna, Rip Off, Ulster, Borstal Breakout, Tell us the Truth, Angels with dirty Faces, If the kids are United, Hurry up Harry and Hersham Boys. A bonus highlight was a chaotic cover of The Clash anthem White Riot as Pursey paid tribute to Joe Strummer-and, not Andrew Lloyd Webber who for some unknown reason may not approve of the folk music of Sham 69!!!
The visceral vocalist also upped his status by giving the Welsh a big thumbs up for their integral role at the 1415 Battle of Agincort! What more can you say as the act and audience became one and they surfed the tidal waves of bottled water delivered by our James added the seas of sweat shed by the crowd!
Our heroes came, saw and they conquered in what proved to be an evening pf Sham-pagne shenanigans! These Cockney kings are incendiary! Tell us the Truth; well this review certainly has and That’s Life my friends! 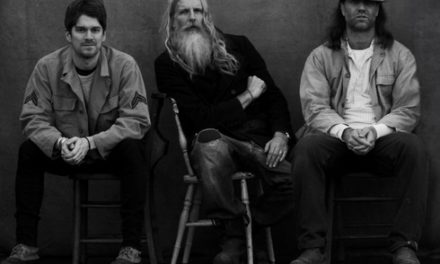