By
Rob Jones
Peter Hook and The Light brings his respective sets of Substance from both the Joy Division and New Order eras to the Tramshed on Friday, March 17, 7.30pm. Tickets are £22 including a booking fee and details are available at tramshedcardiff.com
For a taste of the occasion here is a review of his March 2016 Tramshed date.
Peter Hook and the Light conquered Cardiff with a lively and lengthy set at The Tramshed. The gig began after 8pm and there were several breaks to define the various eras that the band was covering.  However, the value for money aural action went through until nearly 11 on a night of majestic musical momentum.
The show kicked off with a spate of Joy Division classics and Dead Souls commenced proceedings to set the standards at the highest level.  Other anthems from the 1976-80 Ian Curtis led years followed. Ceremony which recently celebrated its 35th birthday (as a New Order single) was another elevated moment on a night of thrillers not fillers! Choice cuts from the epic albums Unknown Pleasures and Closer and a quality ‘B’ side of the ilk of These Days soared and to hear Atrocity Exhibition was nothing short of exquisite.
From here Hook took his five piece combo on the New Order rock rollercoaster with the contents of Brotherhood being unleashed to a great reception. The upbeat punch of Paradise and Weirdo were mixed with the more tender tastes of All day Long as well as Every Second Counts. Nonetheless, as expected Bizarre Love Triangle proved to be the pick of the pack-and, why not it is an epic tune!
One has to say that Brotherhood still sounds good but next up was Low Life and things move up several gears as the heart and soul of this phenomenal record were delivered in a demonstrative fashion. The renowned playing power of Hook came to the fore and his style and stamina were uppermost during this section of a never to be forgotten evening.
Tracks such as Love Vigilantes, Subculture, Sooner than you Think, Sunrise, This time of Night and Elegia demonstrated the different textures of a lustrous long player-but, the audience went in to orbit when The Perfect Kiss blasted its bombast cascading off every nook and cranny of the premises! Hook went up another few gears during this segment and his associates ably supported his diligent display of showmanship.
The songs flew from the stage and filtered in to an audience that were turning back the clock to the apex of 80’s adventure. Once more the sonic soldiers came out of the trenches for an encore that further confirms the contribution of Hook within his field. Thieves like Us, True Faith and Temptation give the fans an extra impetus to feast, and these sublime works were then joined by the additional diamond encrusted bonus of Love will tear us Apart.
The punters get both quantity and quality! God bless Peter Hook who at 60 years of age proves that it is not just about being a young hipster -because many of the current here today, gone tomorrow pop crop will never even have a legacy-let alone a curriculum vitae as golden as the one we delved in to on this occasion. 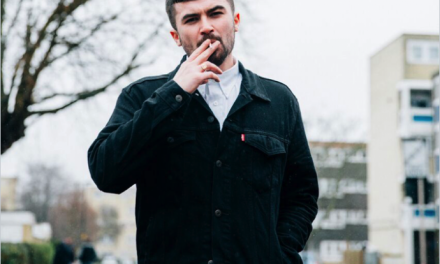