by
Rob Jones
Nick Cave and the Bad Seeds–Lovely Creatures
Nick Cave and his cohorts muster up expertly constructed songs that allow for engrossing tales to unleash emotions and experiences such as religion, reality, torment, truth, love, lies, drama and death! Cave came to prominence via the post-punk power of The Birthday Party-but, the core of his work since then come as a generally more musically subtle style stance. However, with album titles such as Your funeral, my Trial and Murder Ballads old Nick and his crew can veer towards the dark side when it cvomes to the wordplay!
However, as regards songwriting and lyricism there is simply nobody better. Evidence of the facts that this alternative ambassador has a brilliant body of work comes via the 21 track, two CD set entitled Lovely Creatures. A beautifully packaged product cannot fail as Cave moves through the gears from his renowned slower paced panache through to those killer cuts that can flatten all of his rivals. What a colossal collection and there are countless other classics that could have been included on a release whose tracks commence from 1984 and head through the ages. A truly best best of! God is in the House-go listen to his genius! 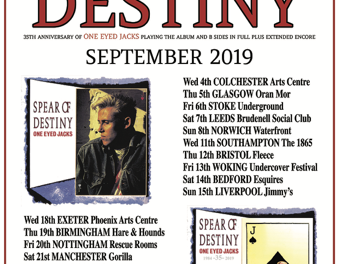