Ari Up and see this movie 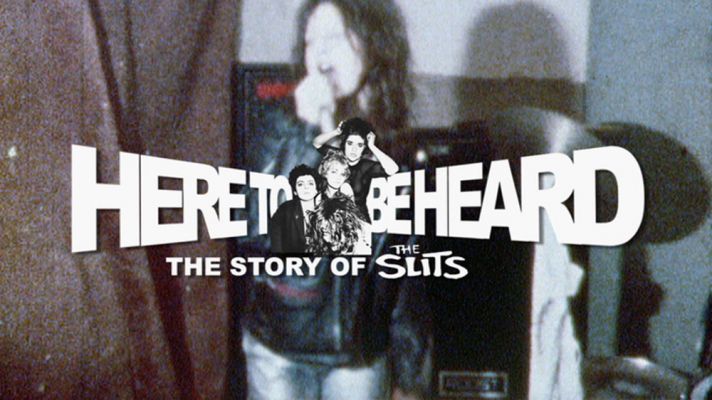 Here to be Heard: The story of The Slits is the movie that brings to life the history of one of the most important cult bands of all time! The screening at Chapter, Canton exposed the magnitude of the music plus the focus of females in rock – and, in particular the nucleus of Ari Up, Viv Albertine, Tessa Pollitt and Palmolive. Yes, there have been other members of this influential act either side of the fab feminine four but this quartet were the most renowned version of this vehement outfit.

The Slits may have slipped under the radar of the mainstream but if one quotes The Sex Pistols, The Clash, Buzzcocks et al there is no excuse to avoid the input of these untypical girls! Ari and her army also have to be acclaimed for their role in the progression of punk and its web spreading in to other genres. The Slits were pioneers welding raucous rebellion with reggae and a range of other global grooves. There was a willingness to unite sonic forces via their own goals and also share diverse bills with the aim of promoting pop peripheries. However, there is always that in your face, two fingers up, chaotic juggernaut running riot! Even with that in mind there were tunes with hooks – so do not think that this is a noise annoys poise.

These gung ho girls in their various formats have also utilised accomplices such as legendary producer Dennis Bovell, Budgie (later of Siouxsie & the Banshees), Bruce Smith (now of PIL), Neneh Cherry, Hollie Cook and many more. So this is far from a one trick pony!
This William E. Badgley movie searches through the annuls while bringing a five decade account up to date including the sad passing of Ari Up in 2010. Key players are interviewed and vibrant old footage is employed – plus the 1976-1982 era and 2006/7 reunion are also examined.

The Slits deserve respect and if you do nothing else go away and dig out the Cut album if you are new to this act. Take in to consideration factors such as its setting in terms of the year, a male dominated sonic scene and the political climate. The fact that this work is so highly regarded gathers haste because it is genius. ‘The first one through the wall gets bloody’ sums up an attitude and an anarchic edge that was the domain of The Slits. Once again does commercial success dictate the influence of an artist? No! In a year where we have sadly lost one of the great outsiders in Mark E. Smith it is even more fitting to eventually champion Ari Up. Nonetheless, there are many other contributors to the chapters of this thought provoking revelation – and, you are advised to delve in to the details!