by
Rob Jones
The Happy Mondays split in 1992 and after a hiatus of nearly three years Shaun Ryder returned to front Black Grape with sidekick Bez and Ruthless Rap Assassins Kermit and Jed also to the fore. Other musicians joined the throng as permanent fixtures or session players – but, it was all for the good. The band scored big time success with their debut album It’s great when your straight Yeah which hit number one in the UK charts  while also spawning several Top 20 hit singles.
Line up changes occurred, guests such as Johnny Marr and Joe Strummer worked with the band and other successful recordings were released but by 1998 the wheels had come off and things ceased until a one-off 2010 gig and an eventual 2015 reunion celebrated 20 years of the first long player.  Studio appearances have followed and now Black Grape are back on the road with a Cardiff Tramshed date set for March 15, 7.30pm.
For ticket details go to https://www.viagogo.co.uk/Concert-Tickets/Alternative-and-Indie/Black-Grape-Tickets/E-3177772?PCID=PSGBBINCONBLACK4E3CBAA113-SL3 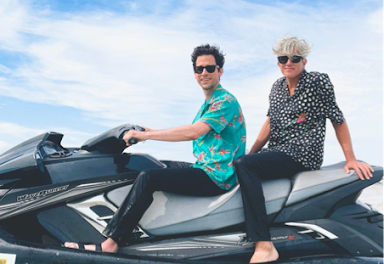