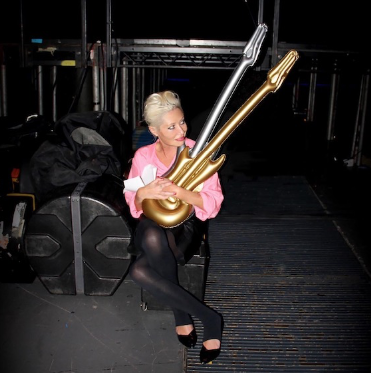 “packed with 20 songs, remarkably filler-free, brimming with colourful vocabulary, catty character study, melodic excellence and stylistic dexterity… She means it, man, and it’s a joy throughout.” – 4/5 MOJO
“A superior collection of cosmopolitan pop music, the 20-song set is both catchy and complex.” – The Telegraph

“A characteristically ambitious album, a double, 20 songs… a varied retro-pop clutch; James knows her way around the chords, and how to keep things moving. But the charm lies in their personality…” – Metro
“Written, produced and mixed by (ex-Transivision Vamp) Wendy James fronting a strong band and dabbling in a dizzying variety of styles.” – Classic Rock

“Wendy gets the last laugh with an up-for-it 20-song double album of punk, rock & roll and general mayhem. Just as energetic as the Vamps, the songs are sharper than ever.” – Daily Star

“James specialising in a Stooges belligerence as she rampages across half the album as if about to wreak terrible vengeance on thespeakers. There’s an insouciant poise throughout, as James ensures her devilment is backed up by strong tunes… It’s impressive, showcasing what an under-rated writer and producer James has matured into.” – Classic Pop

WENDY JAMES is delighted to announce that her 19-date UK tour (originally booked for May and already rescheduled once for September) has been rescheduled to April 2021. Full dates below.

“I’ve been waiting this out,” Wendy says, “always optimistic that Covid19 dissolution might take less time than forecasted… but not so! It is clear from talking to the many promoters around the UK who run the venues I’m booked to play (not merely once, this last May, but also this September) that a real gig cannot safely, legally and joyfully happen before 2021. I’ve moved my entire tour to April 2021! and – amazingly, added dates! I now have Paisley and Oxford added in, with a likely to announce Liverpool, Sheffield and Irish Tour to boot! 2021 can be a great touring year for THE WENDY JAMES BAND, with the UK tour in April, Festivals and a couple of big support slots to announce! Tickets and Ticket Links remain the same and valid, all VIP are still valid!”

Wendy’s next AA single KILL SOME TIME BLUES and MARLENE ET FLEUR was fan picked. She will be releasing a vinyl box set containing all singles later this year.

English singer-songwriter Wendy, who was born in London, exploded onto the British music scene in 1988 as the fearless front woman of chart-topping alt-rockers Transvision Vamp. When the band disbanded Wendy went on to collaborate with Elvis Costello, James Williamson (Iggy & the Stooges), Lenny Kaye (The Patti Smith Group) and James Sclavunos (Nick Cave & The Bad Seeds), who joins her on drums and percussions for QUEEN HIGH STRAIGHT. Also joining her on this album are James Sedwards (lead guitar), Harry Bohay (bass), Alex J. Ward & Terry Edwards (horn section) and Louis Vause (accordion).

Wendy’s genre defying album embraces Motown with ‘Here Comes The Beautiful One’ and recently released ‘Little Melvin’. She returns, once again, to her favourite guitar guttural filth and sex for first AA single ‘Perilous Beauty’ and an unlikely sounding love song in ‘Chicken Street’. She finds a 90’s pop groove in ‘Ratfucking’, melancholia in ‘Testimonial’, Django Reinhardt whimsy in ‘I’ll Be Here When The Morning Comes’. On ‘The Impression Of Normalcy’, Wendy says, “Thanks to James Sclavunos, who told me to “speed the fucking song up”, I have a proper speed punk song.” Finally, track 20 ‘Kill Some Time Blues’ is the ultimate 60’s girl group number.

Last year Wendy toured the UK with her permanent band THE WENDY JAMES BAND opening for The Psychedelic Furs, which was a huge success. Due to Covid-19 Wendy has rescheduled her 19-date UK tour.

Tickets and VIP from https://thewendyjames.com/live

QUEEN HIGH STRAIGHT is available as a 20-track deluxe gatefold double vinyl, gatefold deluxe CD, regular CD and Digital Download / Streaming. Its available to preorder at https://thewendyjames.com/store and this store is the main driver for all of Wendy’s recordings and associated art, t-shirts, all things Wendy. 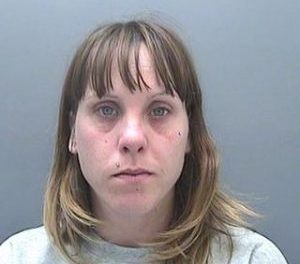