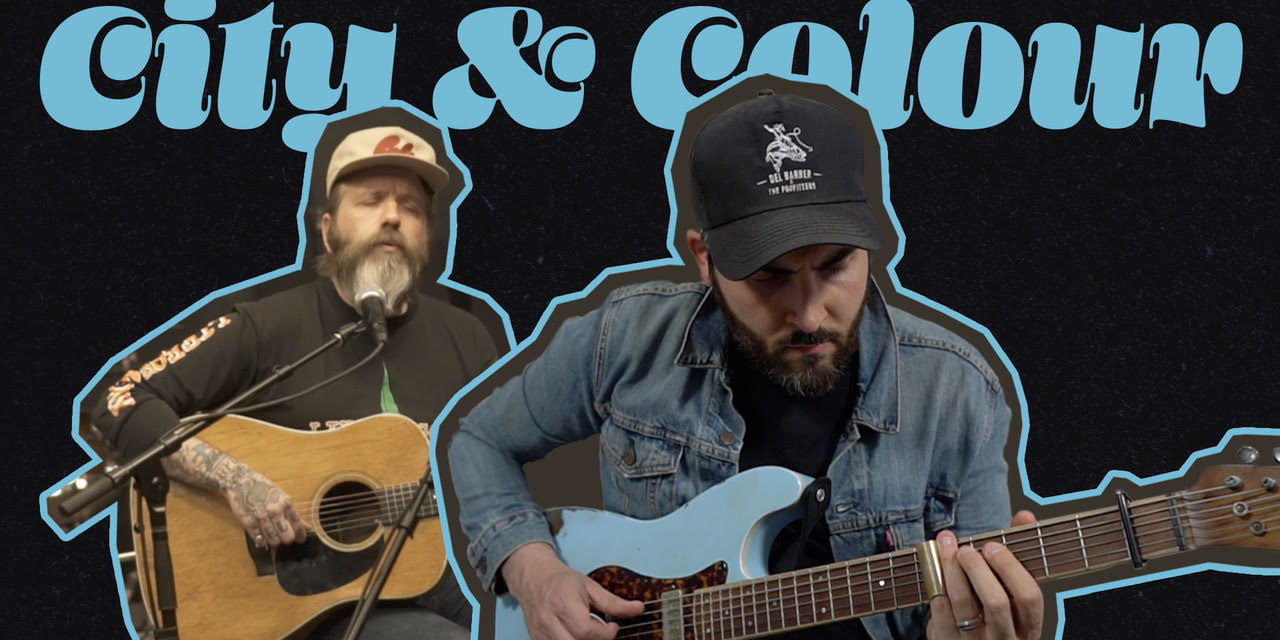 Ariel Posen is pleased to announce a new artist interview series: “Notes to Spare”. Hosted by the Canadian guitarist and songwriter, the first episode is streaming now and features a conversation with: City and Colour.

With a list of stellar guests lined up, the series will highlight the experiences and growth of working musicians who transitioned to become principle artists of their own projects. With music and chat, these intimate interviews will open-up discussion about the challenges associated with the music business and how it often exists in parallel to the creative nature of music itself.

“I released my sophomore album ‘Headway’ on March 5th. This was my second experience writing, recording and releasing my own music. I brought a lot of lessons from my first album forward into the creation of Headway and although it was definitely a smoother process, I still found myself continuing to learn throughout this release. There’s just so much to know about the music industry that extends beyond the music itself.”

“Once the dust started to settle and I was able to take stock of everything that had occurred, I began wondering about the experiences of my peers and artists who have been releasing music for longer than me. In particular, I’ve found the transition from working purely as a guitar player to becoming an ‘artist’ to be a really interesting challenge. I began reaching out to friends and colleagues for first-hand opinions and advice on the subject and received some really enthusiastic responses as I think there really is a bigger story to tell here and this is something that could be helpful to a lot of musicians and artists on a similar path.”

* * * * *
The new series follows the release of Ariel’s second album, ‘Headway’, out now. Ariel Posen’s music occupies the space between genres. It’s a rootsy sound that nods to his influences — heartland rock & roll, electrified Americana, blue-eyed soul, R&B, Beatles-inspired pop — while still moving forward, pushing Posen into territory that’s uniquely his own. He turns a new corner with Headway, a solo album that finds the songwriter taking stock of his personal and musical progress.

Posen began recording Headway in December 2019, one week after wrapping up an international tour in support of his acclaimed debut, How Long. He’d been on the road for a year and a half, playing shows across the U.K., Europe, America, and his native Canada. Along the way, Posen had received standing ovations not only from his audiences, but also from outlets like Rolling Stone, who dubbed him “a modern-day guitar hero,” Music Radar listing him as a fan voted top 10 rock guitarist of the year and the Western Canadian Music Awards who nominated him for Breakout Artist of the Year. ”

Coming back home to Winnipeg, he began sifting through the new songs he’d written between tour dates. Many of them had already been tested on the road, their arrangements whittled into shape by a group of road warriors at the top of their game. Practically all of them were about the process of evolution — of making progress in life, love, and all points in between. Those themes were reflected in the music itself, which presented a crisper, clearer picture of Posen as a songwriter. If How Long had been his introduction to the roots-music world, then Headway was something different: a sharply-defined snapshot of a musician who has truly crystallised his sound.

Like its title suggests, Headway is all about growth. Already celebrated as a frontman, multi-instrumentalist, and producer, Ariel Posen hits a new high-water mark with his second album — an album that prioritises songwriting above all else, showcasing the progress of a lifelong musician who’s still in the middle of an upward trajectory.

*******
Touring the new album, the Canadian has also confirmed he will be bringing ‘Headway’ to Europe in 2022.

Taking in a total of 15 dates, the guitarist will bring his mesmeric live show to the UK for a score of dates, before venturing to the Netherlands, Germany, Denmark and Norway.