INTO TOMORROW IS THE NEW iBOOK FROM ROCK LEGEND PAUL WELLER

THE £5.49 TEXT IS RELEASED ON NOVEMBER 23RD 2015 (VIA THE iBOOKSTORE BY GENESIS PUBLICATIONS)

Paul Weller relives his solo career in rare and unseen photographs by Lawrence Watson, and over 40 minutes of exclusive video footage.

Paul Weller states: ‘It’s a document of nearly 25 years of work between me and Lawrence. I am happy to see it documented. It’s collected for posterity.’
Lawrence Watson’s lens has captured Paul Weller from the launch of his solo career in 1992 to 2014’s More Modern Classics. and selected images from the entire period come to life in Weller’s audio-visual chronicle of his solo career.

This iBook brings together highlights from Weller’s signed limited edition book and record boxed set. Weller and Watson discuss the content and the making of INTO TOMORROW, giving additional insight behind the photographs they have hand-chosen in a new 40-minute interview.

Lawrence Watson says: ‘Paul’s always very involved in choosing pictures; he’s got a great eye.’Meanwhile, Weller comments: ‘When I look back to the early shots from 1992, I was starting to write and play (and, importantly, want to play) again. I’d been ‘away’ for a while and didn’t know what, if anything, to expect. So many memories come back. Some of the pictures make me mourn the passing of time. Some of the times I couldn’t wait to get away from. Lawrence has been there to document most of them. He is part of our crew.’

INTO TOMORROW is Paul Weller’s visual chronicle of his 22-year solo career. For fans of Paul Weller, The Jam, The Style Council and modern music, Paul Weller’s official iBook gives unprecedented insight into a music legend.

The iBook release follows the spring 2015 release of the leather-bound volume of INTO TOMORROW. Each of the limited edition of only 2,000 copies is personally signed by Paul Weller and Lawrence Watson. A unique, limited edition vinyl record is housed with the book in an acrylic slipcase. The 10″ disc shares previously unreleased live recordings from a performance at the Hammersmith Apollo, selected by Paul Weller for inclusion with INTO TOMORROW. Only available from WellerBook.com and this is a more expensive package.

Paul Weller has reviewed thousands of prints to decide the photographs that make up INTO TOMORROW. His recording sessions are seen from an insider’s perspective, at work on albums such as Wild Wood. Similarly, Weller’s tours – from Amsterdam to New York and from the O2 to 100 Club. Shoots have produced album covers such as Modern Classics 1 and 2, As Is Now and Studio 150. Videos shot by Watson have included ‘The Changingman’ and ‘Out of the Sinking’. Weller and Watson are now revealing the outtakes for INTO TOMORROW.

Weller introduces INTO TOMORROW and provides a narrative commentary throughout. In commenting on more than 20 years of photographs, he revisits his entire solo career for the first time. Lawrence Watson tells the story from behind the camera, adding recollections of gigs, recording sessions and tours, from London to San Francisco, to Tokyo and back.

Weller and Watson’s working relationship began in 1988. Weller was impressed with Watson’s photography used for the Confessions of a Pop Group album cover. Since the Style Council, Paul Weller has released 11 studio albums, five live albums, 39 singles and three EPs – nearly all of which feature Watson’s photography.

INTO TOMORROW is Weller’s second limited edition with Genesis Publications. The sold-out A THOUSAND THINGS spanned The Jam and The Style Council; INTO TOMORROW is a detailed view of his solo career. That has involved a live date at Cardiff Castle in the summer of 2014 and this date was covered here on this site. See below link

https://www.rhonddacynontaff.com/2014/05/weller-in-wales-and-music-memories/
Paul Weller returns to the capital city on Sunday, November 22, 2015 at 7.30pm. The Modfather plays a show at The Motorpoint Arena (with Young Fathers is support). Tickets are from £38 plus a booking fee. For details call 02920 234509 or go to: http://www.ticketmaster.co.uk/ or http://www.livenation.co.uk/ 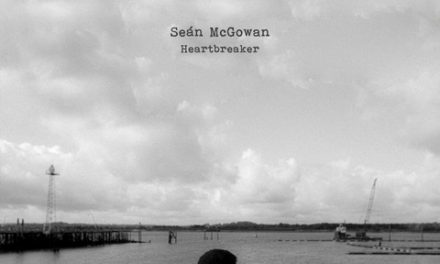