Look out Wales Half Man Half Biscuit are on the way to the Tramshed, Cardiff on Saturday, May 14, 2016 at 7.30pm. However, before we look ahead there is a chance of a look back buzz from a visit to the Welsh capital on March 1, 2007. So here we go:

There is nothing that is outside of the Half Man Half Biscuit reason to ridicule! The laughter has been limitless in a career that reads on one of their t-shirts-‘No proper work since 1985’! The public has revelled in obtuse observations made of: TV/the arts/pomp and pretence/musicians/celebrity/European soccer/24 hour garages/the English language/subbuteo/railways/the class system/the absurdities of our existence and a rich seam of references that have comedic value for anyone with a funny bone in their body!

Indie-punk style was aplenty at Cardiff Point on St. David’s Day as HMHB leader Nigel Blackwell bonded with a crowd hanging on his every verbal exchange and lyrical delivery. A sell out venue bounced off the beams to the joy of early gems: 99% of Gargoyles look like Bob Todd; Time flies by (when you’re the driver of a train); All I want for Christmas is a Dukla Prague away Kit; The Trumpton Riots and forth via a CV that warrants a K-Tel or Ronco best of LP!

The Scouse scamps won the hearts of the punters and when a spirited cover of the Welsh national anthem led an encore the deal was sealed! Top tunes and witty words have created a devoted fan base who agrees with the result of a spoof meeting of Slipknot and the Pope! Go taste the biscuit!!!

The band has now clocked up 13 albums across nearly 30 years so there will be new treats to add the above yesteryear joy. For more of the same and more of the different head to the Tramshed and tickets are £22 including the booking fee. Go to: http://www.seetickets.com/event/half-man-half-biscuit/tramshed/944047/ or call 02920 235555 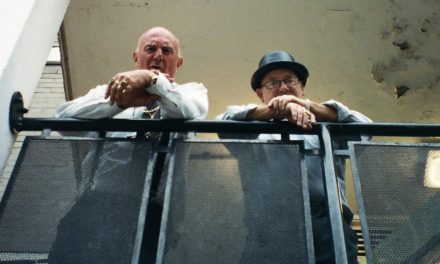