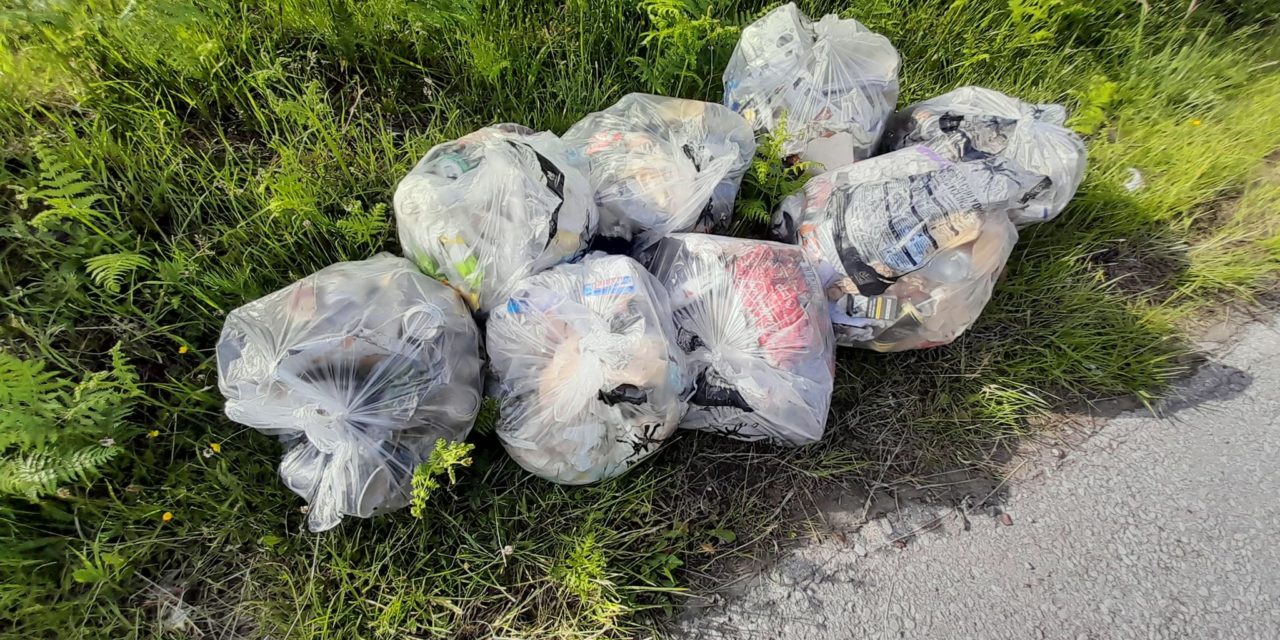 Stringent action is called for in order to deal with the immense problem of litter within RCT. I am trying to do my bit to address the problem and I know there are other like minded souls too – as an old mate Darren Jefford-Baker has joined me on several of my many garbage management outings. Let’s hope more can follow and hopefully progress can be made, because it needs more than a handful of volunteers to keep on top of this plight.

After a spell of covid I decided to take some daily exercise with a short stroll around my neighbourhood and in doing so thought I would try and do some good for the community. I put a mask on and armed myself with a litter pick and a selection of recycling bags. I was quite proud to put together my first bag of rubbish and as a result witness the area to the rear of my Tonypandy home looking decidedly more spruce. This process has now developed into more ventures as there is a dire need to address what is a plague…..

As time went by a pattern started to emerge that the cleaning up process was a daily requirement. I try my best but such measures are not always possible and in the winter this call will be even more challenging.

I am lucky that I do not have an unsightly, overgrown lane to the back of my property as it backs on to another street. However, any open space still sadly invites litter louts and environmentally sound residents suffer a fate that is uncompromising. Further research has proven that lanes behind homes are magnets to anti-social behaviour which includes excessive activities that leaves a trail of trash in its wake.

It is quite clear that a lot of folk who consume energy drinks do not have the energy to take the empty vessels to a bin or even home with them. Fast food outlets are also a means to rapid rubbish as the streets are awash with the remnants of an eating experience. This world of waste spreads far and wide from our main roads to those beleaguered back lanes which confirm that out of sight, out of mind dumping seems to be common practice.

Nonetheless, it is not just our more urban regions but the beauty of our rural landscapes that are ruined. Why take a six-pack of lager on to our picturesque peak points, consume the fluid and then leave the cans on a site? Why smash a bottle in a forest? Why try to burn tins that are not flammable and leave a charred mess? Why leave a used barbecue kit in the woods? Why carry a bag of rubbish on to our hills and throw it in to a bush?

The above and many other such questions need to be answered and education and equipment expanded upon to prevent these annoying occurrences becoming the norm to so many.

The countryside is the habitat of wildlife and we are lucky to share it with them and humans have no right to disrupt this terrain with our uncaring mannerisms. How come the fall out of a meal from down below ends up spread across ground up high?…This should not happen!

Are we coming up with answers? Some are trying their best but it is a huge proposition. More bins could help those who wish to deposit their debris and more collections of these facilities are called for, but a legitimate learning process again is central to the cause. However, a governing input regularly heading out to view spots and reacting accordingly would not allow the masses of mess to advance.

Prevention before cure, organised litter picks and increased involvement from outlets where the offending merchandise comes from is essential. It may not be the fault of the store selling the stuff as it is their clients who are to blame – but, a show of strength from the providers shows concern that it is not just about the piles of profit coming in but the masses of materials going out. For this packaging is scarring our valleys and spreading even further afield as motorists throw their unwanted car contents out of the window.

Take a drive up the tourist magnet that is the Bwlch mountain and savour in its scenery but also pay attention to the roadside rubble that is ruining the appeal of this awesome attraction. It is not just the Bwlch, it is everywhere! It is not just the roads and lanes, there is unnecessary junk awash in our localities and it is not just food and drink accessories. There are building materials, the remnants of bonfires, old electrical appliances, damp clothes and who knows what?!? Some of it is buried deep in the weeds in those dark and desperate rears to our streets and there is little or no interest in the maintenance of some of these third world passages.

Then there are the countless unbagged and bagged remains of dog excretia because that is another galaxy of the grotesque. Hanging from trees, thrown in the footings of back gates or just left there as originally exited from the canine’s rear end. This is a vile and widespread sight with the added debit of a foul odour.

In 10 weeks of busy litter picking mostly as a solo entity 170 bags of materials have been united through diligence and determination and this mass has now headed to a rightful destination. All of that refuse that ruins our region could have found its way to a bin or a weekly council collection without the need to scoop it up from a byway hedge or a highway edge.

There are the obvious contenders of cans and bottles, sweet wrappers and food packaging through to the bizarre – including a field of disposable used nappies that were spread far and wide which in turn led to a very unpleasant gathering experience. I work in the valleys, pay my council tax while doing this as a good turn. I am not claiming to be a hero but if more people can be alerted to the harm being done by garbage spread across our landscape and action is taken to cut this trend then it is a positive. However, 170 is a statistic that is true but at the same time unbelievable in its magnitude and hard hitting in its conclusion that we have a major issue on our hands.

The many decent persons in our communities deserve better and for those who want to live in a cleaner and more organised settlement grab a litter picker and some bags and do your bit no matter how small or large in order to make our world a better place. It is sad to say that those who offend may not ever change their ways, but if such throw away behaviour can be nipped in the bud – hopefully, those who do their dirty deeds may become less.

We have suffered enough over the last few years as the pandemic took its toll and it is now time to get this planet earth show back on the road as a gleaming globe not a terrible tip! It would be great if 171 did not happen but it will – so, it is a nice evening and time to get out there and fight the blight. We know that our valleys are spectacular and let’s keep them that way. Please keep Wales tidy and keep Wombling folks! 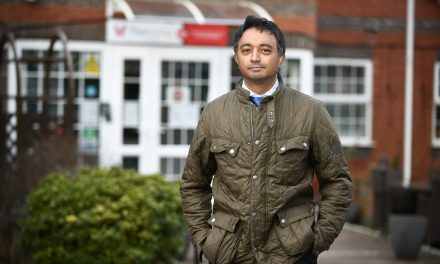