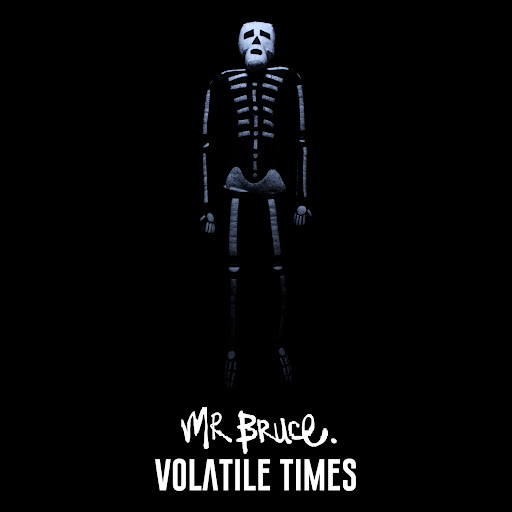 PLUS, DEBUT LIVE DATES IN SPRING 2022
TICKETS ON SALE NOW

Released today (13 Jan), it arrives as the fourth and final single release to be cut from Mr Bruce’s debut EP, ‘RACE TO NOWHERE [PART ONE]’ – out now on Deep Blue Records.

Sharing DNA with contemporaries the likes of Disclosure, Jamie XX or Lone, “Volatile Times” is a 2-Step Garage track at its heart, with euphoria-inducing basslines, rapidfire wordplay and funky rhythms that all take cues from that pivotal UK subgenre and its early pioneers.

A love song about the complexity of being a parent in a time of political, technological and environmental uncertainty, the song was written for Mr Bruce’s young daughter; his guiding light in a world which he increasingly feels is in a state of emergency. As Mr Bruce says:

“I feel so much anxiety for her future that her and her generation are going to inherit, and yet she is the one person who makes me feel less anxious because she’s so joyful. It’s a paradox.”
The official music video which accompanies “Volatile Times” is a direct interpretation of this idea. During the UK’s second lockdown Mr Bruce made a large skeleton puppet out of felt and filmed his daughter (using his phone) interacting with it at their home, in parks and around the streets of Deptford where they live. Mr Bruce has then painstakingly animated the puppet frame by frame to sing the song while being dragged through various scenarios. The result is a charming but chilling representation of fatalism and hope colliding in an unpredictable world. Watch the video here: https://youtu.be/fubSCN6Lwvg
Previewed at the AESTHETICA SHORT FILM FESTIVAL, the video was aired as part of a retrospective of Bruce’s films; placing focus on the many ingenious ways the artist and acclaimed videographer has created original content on next-to-no-budget.

Following this single release, Mr Bruce’s highly anticipated follow-up record, ‘RACE TO NOWHERE’ [PART 2] is expected later this year. Standby for further details on that in the months to come.
With 2022 shaping-up to be a benchmark year for Mr Bruce, he is to embark on his debut UK solo tour this Spring. Starting in March with a SOLD OUT show at London’s The Lexington, all other dates and details can be found below and are on sale NOW.
MR BRUCE – UK TOUR DATES 2022

Mr Bruce AKA Ian Bruce is the former frontman of The Correspondents, one of Britain’s most in-demand festival acts for a decade. An acclaimed portrait artist and an award-winning animator in his own right, Mr Bruce began hatching plans for a solo career while on tour in Australia with The Correspondents in 2018. Bored in hotel rooms between shows, he found himself writing dance music that harked back to his early clubbing days, rather than the jazz and swing infused sound with which he found fame. Fleshing out the songs in the UK with the London-based producer Angus Kemp, Mr Bruce arrived at the 5 club-ready cuts you can hear on ‘RACE TO NOWHERE’ [PART ONE].

Raiding decades of UK dance, from tech house and drum’n’bass to garage and dancehall, the five-track EP finds Mr Bruce letting loose as never before. Arriving in the Autumn of 2021, the record was flamboyantly fun, yet lyrically deep; touching on an intense array of topics, from the climate crisis to the breakdown of his marriage in 2019, and his late twin brother, who died just aged 20.

Plotting the follow-up to the EP for release early-on in 2022, ‘RACE TO NOWHERE’ [PART TWO] promises to find Mr Bruce offering deep reflection on the untimely passing of his Correspondents partner-in-crime Tim Cole, who passed away from a pulmonary embolism aged just 35. When placed together, the two parts will together form a complete album like nothing he has made before: ‘RACE TO NOWHERE’.

Writing hard-hitting pop songs designed for the dance floor, Mr Bruce will be bringing his latest creations to live spaces across the UK in 2022 in what he promises will be a boundary-pushing experience.

EP: ‘RACE TO NOWHERE’ [PART ONE] – OUT NOW
STREAM HERE 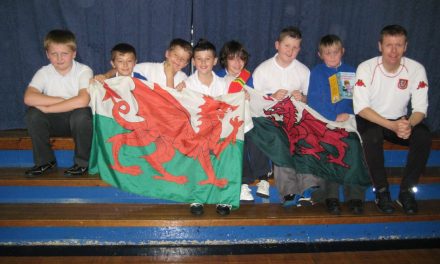 World of Words Friday quiz, raffle and fun on October 5